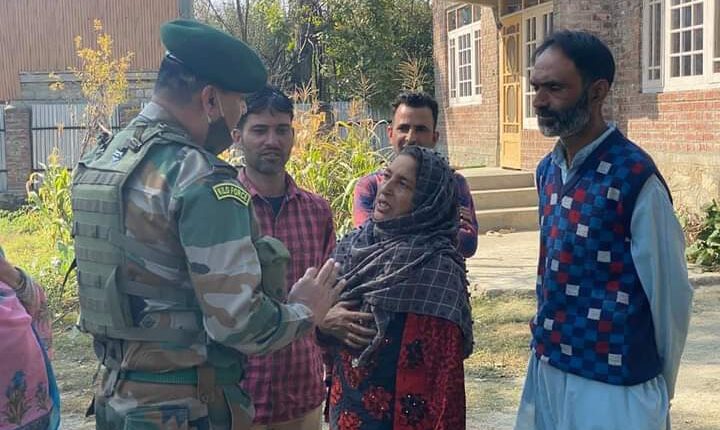 Sopore, October 22, 2020:Two militant recruits on Thursday surrendered before the security forces in Baramulla district’s Tujjst-Shalpora area of Sopore tehsil in North Kashmir.Identified as Abid Mushtaq War and Mehraj ud din War, both residents of Wadoora Sopore, both the boys had left home on September 24 last and joined militancy. However, after security forces surrounded them during an operation, their parents were called from home to persuade them surrender. Both, following appeal from their parents, surrendered before security forces, sources said.