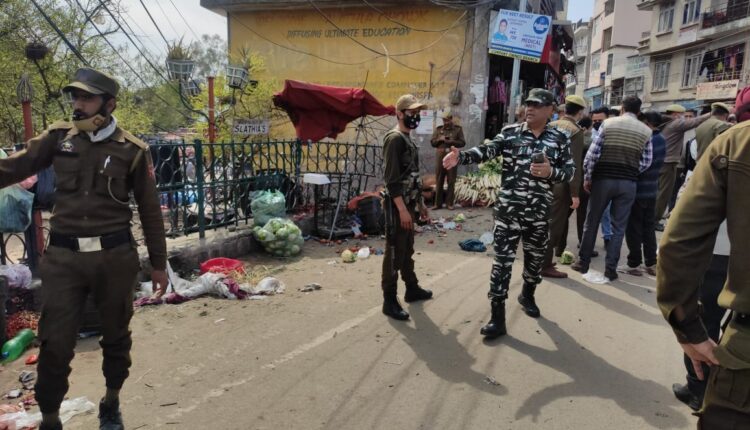 JAMMU, MARCH 9: One person was killed and 14 others injured in a powerful explosion in Jammu and Kashmir’s Udhampur town on Tuesday afternoon.

Pointing out that the explosion took place around 1.00 pm at Slathia Chowk where vegetable vendors had put up their kiosks, sources said most of the victims appear to be local passers by. The injured were rushed to the nearby hospital, but one of them succumbed to injuries en route.

Additional Director General of Police for Jammu zone, Mukesh Singh, said that from the initial investigations, it appears to be an IED blast. However, investigations are in progress.