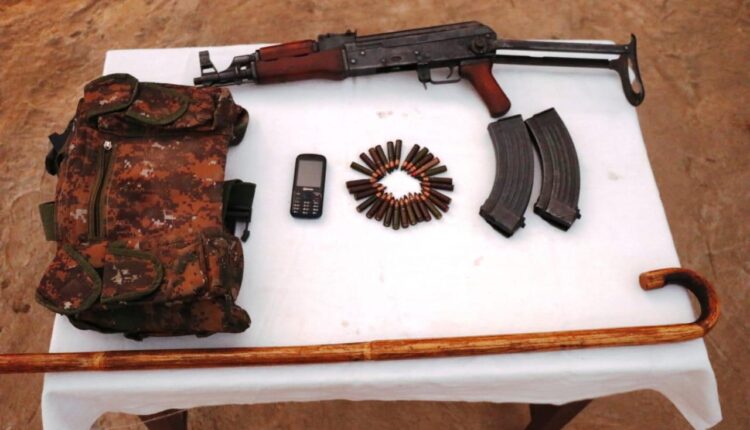 Sources said that he had been the main conduit between Pakistan ISI and terror outfits namely Lashkar-e-Toiba and Jaish-e-Mohammad and helping armed terrorists crossed over to Jammu Kashmir from one or the other place along the LoC falling between Rajouri’s Nowshera sector to neighbouring Poonch district for the past nearly two decades.

As the slain terrorist due to his stint in Pakistani Army had been well versed with topography of the area along the LoC, he was settled at Martian in Khuiratta in Pakistan occupied Kashmir opposite Rajouri district’s Nowshera sector.

He had been responsible for planting of IEDs and BAT actions along the LoC in Rajouri and Poonch districts in the past. He had actively played a role in guiding a Pakistani BAT team comprising Pak SSG Commandos and terrorists carry out an ambush in Sunderbani area in 2018 in which three army soldiers were killed, sources said.

His services were sought by Pakistan ISI to push in a team of commandos and terrorists for carrying out BAT action in 2019 also to avenge the Balakote air strike by Indian Air Force. However, the infiltration attempt was foiled by alert Army troops.

The name of Haji Arif had figured during inventions by Indian agencies into the attacks on Indian army personnel and planting of IEDs along LoC by Pakistan BAT teams from time to time.

Pointing out that the troops were already maintaining a high degree of vigil in view of inputs that some Pakistani army commandos and terrorists may cross the LoC for carrying out some BAT action, sources said that they during late Thursday night noticed a group of heavily armed people crossing the LoC in Bhimber Gali area.

The alert troops opened fire making the infiltrators to retreat. In the morning, they found the body of Haji Arif along with arms and ammunition.

Meanwhile, searches are going on in the area to rule out the possibility of any infiltrator still hiding in the Indian territory.