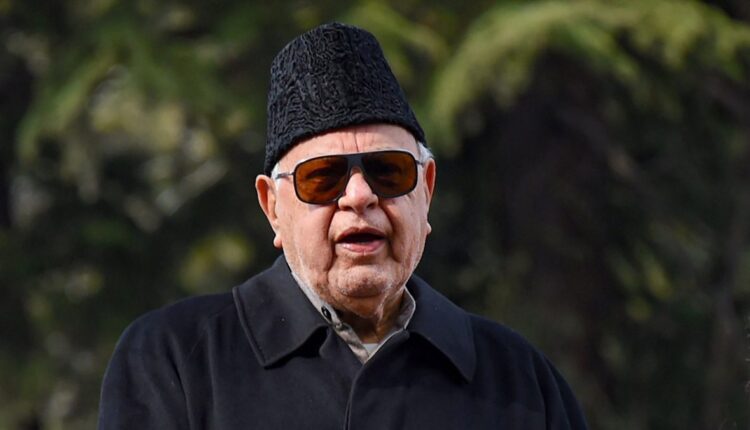 Jammu, November 9: Chairman of the People’s Alliance for Gupkar Declaration Dr Farooq Abdullah on Monday said that though there will be only one candidate of all the constituents of PAGD, they will be contesting the coming District Development Council elections on their respective party symbol.

“Polls have been announced in a hurry and we don’t have a common symbol,’’ he said, adding the “candidates will contest polls on symbols of their respective parties’’. “However, only one joint candidate will be fielded in each constituency by the PAGD and he/she will have the respective party symbol,’’ he added.

Kashmiri youth have no option than picking up the gun; says Mehbooba Mufti