DDC polls a fight between `Tiranga vs Pak-China’ lovers; BJP 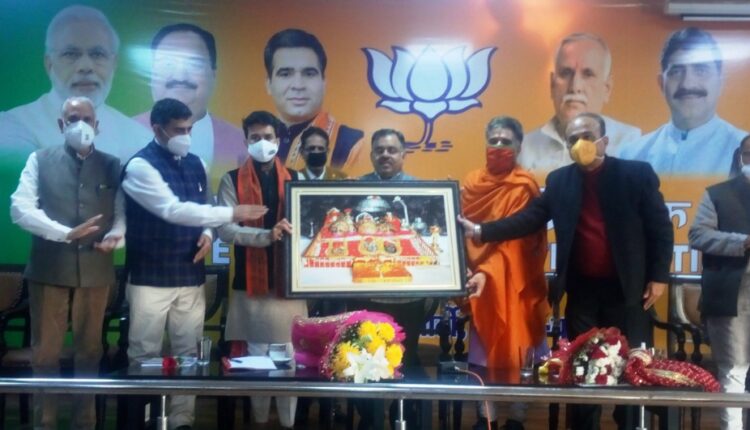 He discussed in details election preparations in various districts and also the individual issues. He asked senior party leaders to monitor these elections and plan everything keenly under their close observance.

Union Minister of State Finance and party’s incharge for J&K elections, Anurag Thakur emphasised on “defeating the evil designs of Gupkar Gang with grit’’. Pointing out that “our predecessors’’ have stood firm against all anti-nationals for decades, he said that while making India a stronger nation, PM Narendra Modi has also transformed life of the needy with revolutionary steps.

J&K Seh-Prabhari Ashish Sood termed the elections in J&K as significant, adding that these will have significant impact across the nation.