J-K govt to give `forest rights’ to Gujjars, Bakarwals among others by March 1, 2021 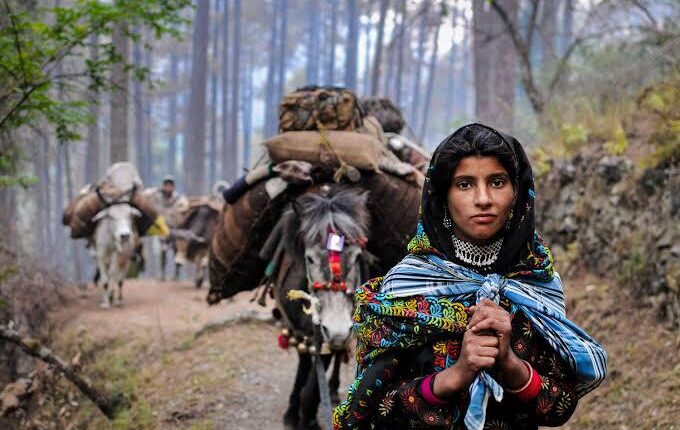 Jammu, November 18:  The Jammu and Kashmir Government, in a major decision recognising the right of nomadic Gujjars and Bakarwals to stay in forests across the Union Territory, on Wednesday fixed March 1, 2021 deadline for granting them the long awaited “forest rights’’.

Under the Act, forest dwelling scheduled tribes and other traditional forest dwellers will be provided with the rights over forest land for the purpose of “habitation, or self-cultivation/livelihood; ownership, access to collect, use, and dispose of minor forest produce, and entitlement to seasonal resources among others’’. However, the rights so conferred under this Act shall be “heritable but not alienable or transferrable’’.

This Central legislation providing for grant of rights to forest dwellers across the country, was not implemented in Jammu and Kashmir in the last 14 years. It became applicable to J&K first time only after reorganisation of the erstwhile state on October 31, 2019, post abrogation of Article 370.

The Act also provided that on the recommendation of Gram Sabha, forest land up to one hectare can be diverted for the purpose of developing government facilities including schools, hospitals, minor water bodies, rainwater harvesting structures, minor irrigation canals, vocational training centres, non-conventional sources of energy, roads etc. It further empowered the holders of forest rights, and Gram Sabhas to protect the wild life, forest, biodiversity, catchment areas, water sources and other ecologically sensitive areas, besides ensuring that the habitat of forest dwelling STs and other traditional forest dwellers is preserved from any form of destructive practices affecting their cultural and natural heritage.

Reviewing the implementation of the Scheduled Tribes and Other Traditional Forest Dwellers (Recognition of Forest Rights) Act, 2006, Secretary BVR Subrahmanyam at a meeting here decided that the ‘survey of claimants’ by the Forest Rights Committees for assessing the nature and extent of rights being claimed at village level be completed by January 15, 2021, for their further submission to the respective Sub-Divisional Committees. The Sub-Divisional Committees shall complete the process of scrutiny of claims and preparation of ‘record of forest rights’ by or before January 31 and the District Level Committees shall consider and approve the record and grant forest rights by March 1, 2021.

For periodic review of the process and procedures associated with the Forest Rights Act and Rules, the Forest department was asked to devise a suitable review mechanism along with monitoring formats. The meeting was attended among others by Commissioner Secretary Forest, Ecology and Environment, and Principal Chief Conservator of Forests.

Gujjars and Bakarwals with a population of nearly 12 lakh as per 2011 census form the third largest ethnic group in Jammu and Kashmir after Kashmiris and Dogra.

Significantly, the deadline for completing the “Record of Forest Rights’’ has been set two days after PDP president and former Jammu Kashmir Chief Minister visited some nomad families in Anantnag district of South Kashmir and accused Central government of driving out Muslim Gujjars and Bakarwals from their pastures in forest areas.

Meanwhile, Javed Rahi, noted tribal scholar and founder of the Tribal Research and Cultural Foundation, hailed the decision of the Chief Secretary saying that early implementation of the Forest Rights Act in UT will save nomadic community from various problems facing them, mainly their forcible eviction from forests by field officials where they have been staying since generations.