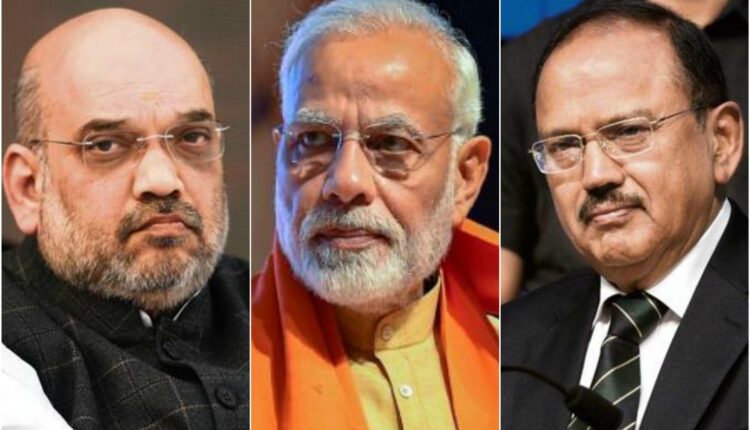 Following the meeting the PM tweeted: “Neuralising of 4 terrorists belonging to Pakistan based terrorist organization Jaish-e-Mohammad and the presence of large cache of weapons and explosives with them indicates that their efforts to wreak major havoc and destruction have once again been thwarted’’.

“Our security forces have once again displayed utmost breavery and professionalism. Thanks to their alertness, they have defeated a nefarious plot to target grassroots level democratic exercises in Jammu and Kashmir,’’ he added.

Four Jaish-e-Mohammad terrorists were killed and two policemen injured during an encounter which followed by policemen at a naka near Ban Toll Plaza on the Jammu-Srinagar national highway near Nagrota on Thursday morning. Huge quantity of arms and ammunition and explosives among other things were seized from them which included 11 AK 47 and AK56 rifles, three pistols, 29 grenades, 20 kgs of explosives, one Satellite phone, five mobile phones among other things.

According to police, it was a fresh group of terrorists who had infiltrated into the UT through international border with Pakistan either in Samba or adjoining Hiranagar sector and they were on way to Kashmir to “do something big’’ ahead of the District Development Council elections.