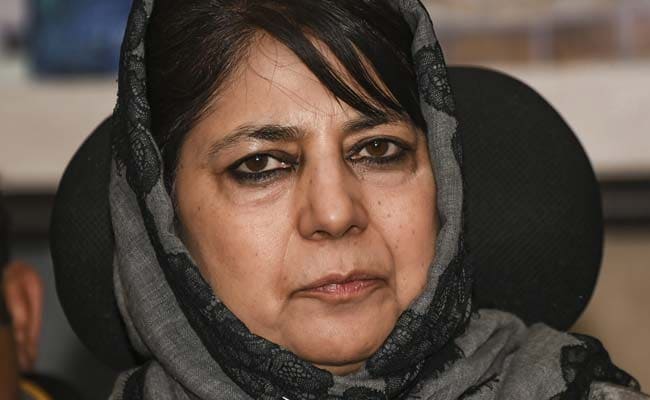 Srinagar, November 29: PDP president and former Jammu and Kashmir chief minister Mehbooba Mufti here on Sunday said that elections were not the solution to the “Kashmir problem” and the Government of India needs to hold a dialogue with the people of the region and Pakistan.

The problem in Kashmir will persist as long as there are nine lakh soldiers posted in the union territory, she said at a press conference here.

Her statement came a day after the first phase of the maiden District Development Council (DDC) polls were concluded Saturday recording a voter turnout of 51.7 per cent.

“In the past, the polling percentage has been higher than this (DDC polls) but it is no solution to the Kashmir problem,’’ she said. “In an election, how many people participate and how many don’t has nothing to do with the Kashmir issue. Kashmir issue is going to be there as long as there is no resolution through a dialogue with the people of Jammu and Kashmir and with Pakistan,” she added.

Schools, colleges to remain closed in JK till December 31