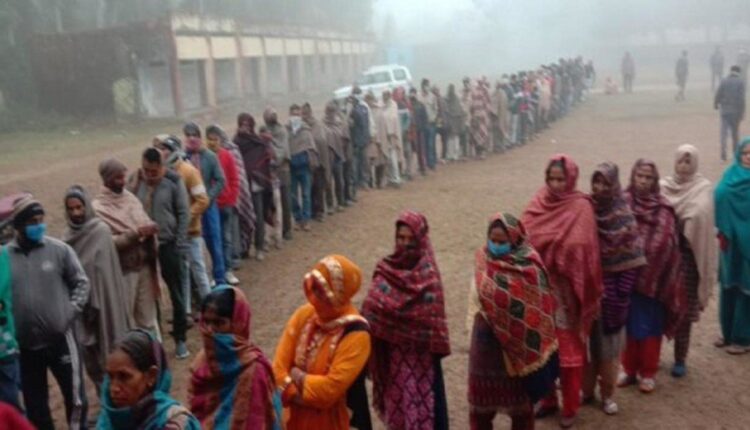 From a house wife to a practicing advocate, a former teacher and a sarpanch, who trounced political heavy weights during the just concluded maiden district development council elections, are some of the common people among 278 candidates who will be taking oath at their respective district headquarters across Jammu division in the Union Territory on Monday.

Shazia Kousar: Holding a Master’s degree in Microbiology, she resigned as government teacher to contest the maiden DDC elections in Budhal Old-A as an independent. She polled 7982 votes defeating her nearest rival Shaheen Akhtar (NC) by a margin of 2446 votes and relegating her aunt Zubeda Begum and JKAP candidate to the third place. Zubeda is the wife of former minister and two time PDP MLA Zulfikar Choudhary who had joined Jammu Kashmir Apni Party.

Iqbal Malik: A former bureaucrat, he won the DDC polls from Rajouri district’s Darhal constituency as a BJP candidate defeating National Conference’s Parvez Rashid by a margin of 3748 votes. Significantly, even on the saffron party ticket, he polled 11481 votes in an area which has only one Hindu family having nearly a dozen voters.

Taranjit Singh: A social worker, he defeated BJP’s former minister and ex-legislator Sham Lal Choudhary in Suchetgarh constituency as an independent candidate by a margin of 11 votes.  The former polled 12969 votes against 12958 secured by former minister.

Asim Hasmi: An advocate by profession, he defeated BJP’s former minister Shakti Raj Parihar in Doda district’s Gundna constituency by a margin of 1336 votes. Despite having been fielded by National Conference, one of the constituents of People’s Alliance for Gupkar Declaration, he polled 7835 votes against Shakti Parihar’s 6499 votes in a constituency which is predominantly inhabited by Hindus.

Shakti Raj Parihar: Former minister and ex-Doda MLA, Parihar lost the DDC polls to Mushtaq Ahmed, a Congress candidate, in Marmat constituency by a margin of 1330 votes. The former could get 7033 votes against 8363 votes secured by the latter in a pre-dominantly Hindu inhabited constituency.

Kumari Shaveta: Married nearly six months ago to a school teacher, she polled 7717 votes defeating former MLA Kanta Andotra by a margin of 1675 votes in Kathua district’s Keerian Gandyal constituency. The latter is the wife of former minister and founder of Dogra Swabhiman Sangthan Party, Choudhary Lal Singh, who had been three time MLA and two time Lok Sabha member.

Mohammad Ashfaq: A contractor, he defeated NC’s Zeeshan Javed Rana, son of two time MLA and one time MLC Javed Rana, in Mendhar-C constituency by a margin of 2105 votes. The former polled 8036 votes and the later 5931 votes.

Charanjit Singh: Former Kathua MLA, he polled 4278 votes in Kathua and lost the election to Raghunandan Singh, BJP district president, by a margin of 1971 votes. Charanjit Singh, a bureaucrat turned politician, is also the father-in-law of IkkJutt Jammu chairman Ankur Sharma who is opposed to the settlement of Gujjars and Bakarwals in forests of the UT.

Shehnaz Ganai: She contested the DDC polls in Poonch district’s Mandi constituency and lost the race to NC’s Ateeqa Begum by a margin of 1281 votes. The former polled 6759 votes against Ateeqa Begum’s 8040 votes.