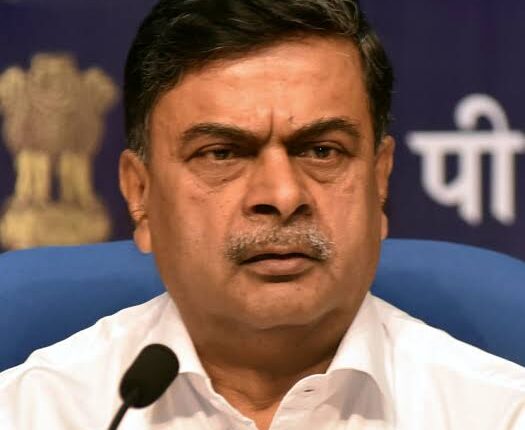 Incidentally the period referred by the minister for non-implementation of schemes like Deen Dayal Upadhyaya Gram Jyoti Yojana and Integrated Power Development Scheme (IPDS) was when senior BJP leader Dr Nirmal Singh had been Dy CM and held the Power Development portfolio.

Jammu: Union Minister of State for Power R K Singh has criticised the tardy implementation of the Deen Dayal Upadhyaya Gram Jyoti Yojana and Integrated Power Development Scheme (IPDS) in Jammu and Kashmir during the period 2015-17.

Though R K Singh did not name anyone, his criticism seemed to be directed towards his own party colleague, BJP leader Dr Nirmal Singh, the former J&K deputy chief minister who held the power portfolio first from March 1, 2015 to January 6, 2016, in the cabinet headed by Mufti Mohammad Sayeed, and then from April 4, 2016 to April 29, 2018, during the tenure of Mehbooba Mufti as Chief Minister, reports a national English daily, The Indian Express on Tuesday.

The IPDS, with a total outlay of Rs 32,612 crore, including budgetary support of Rs 25,354 crore from the Centre, was approved on November 20, 2014 to strengthen the power distribution network in urban areas. The Deen Dayal Upadhyaya Gram Jyoti Yojana was launched in the beginning of 2015 to electrify every household in the country with a focus on rural areas.

Speaking at a function at a convention centre in Jammu on Sunday, R K Singh said that after assuming charge of the Power Ministry, he decided to visit J&K, visit the then unified state in October 2017. “While our schemes like Deen Dayal Upadhyaya Gram Jyoti Yojana and Integrated Power Development Scheme had started in the country by the end of 2014 and beginning of 2015, the work on them had not begun here,” he said.

“Even now, the work on these schemes has not been complete. It is still pending and it has to be expedited,” the minister said

R K Singh said those who had been in power in the erstwhile state of J&K need to explain about the utilisation of Central funds, which had been higher than any other state in the country.

Pointing out that the power supply system in J&K was the worst in the country, he said, “I have been infamous for calling spade a spade… Firstly the decisions were not taken here and if taken, these smelt of corruption.”

“You shall ask them (the former J&K governments) whether they had called the bids and whether the allotment was done in a transparent manner,” he said.