Donald Trump concedes defeat in US elections, agrees for orderly transition of power 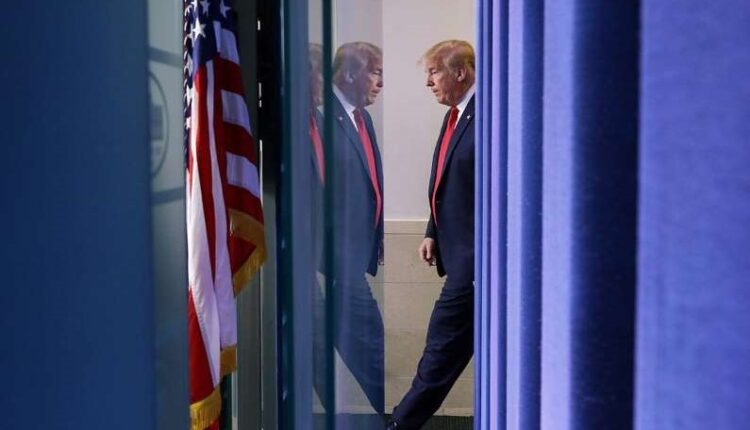 Washington: At last, outgoing US President Donald Trump on Thursday conceded defeat shortly after the Congress formally certified Joe Biden and Kamala Harris’ victory in the 2020 November elections. Although adamant on his claim of electoral malpractice, Trump said that there will be “an orderly transition” to Biden’s presidency on January 20.

“Even though I totally disagree with the outcome of the election, and the facts bear me out, nevertheless there will be an orderly transition on 20th January,” Trump released a statement shortly after the US Congress pronounced its verdict.

“While this represents the end of the greatest first term in presidential history, it’s only the beginning of our fight to Make America Great Again,” he said, hinting at his return in the 2024 US election campaign.

Presidential elections were held on November 3. Biden and Harris won a record number of popular votes, more than 80 millions and earned as many as 306 Electoral College votes. However, incumbent president Trump did not accept defeat and maintained that there was a massive fraud in the electoral conduct.

An earthquake of magnitude 6.1 killed 950 people in…

Biden, 78, and Harris, 56, are scheduled to be sworn in as the President and Vice President of the country on January 20. The inauguration will not be as grand as other years due to the ongoing COVID-19 pandemic.

The formal certification by the Joint Session came in the wee hours of Thursday. The Joint Session which resumed its meeting late Wednesday night after it was disrupted by thousands of pro-Trump rioters who violently stormed the Capitol Hill in Washington DC.

At least four people died and many were left injured in the violence. Many Republicans and Cabinet officials have even demanded the impeachment of President Trump, who initially encouraged his supporters to head to the Capitol, and claim that the President was attempting a “coup”.

However, there is no evidence supporting the same and the police have simply called it election violence.

NIA raids in Jammu, Punjab in connection with narco-terror case in Arnia

An earthquake of magnitude 6.1 killed 950 people in Afghanistan early on Wednesday,…

Nepal | On the eve of #InternationalDayOfYoga2022, Dharahara tower in Kathmandu was…