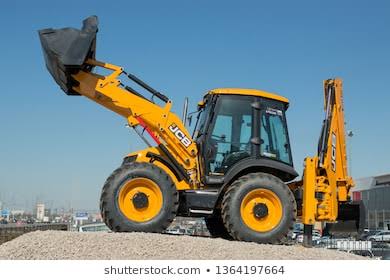 Jammu: A businessman was arrested on Saturday for allegedly duping a woman of Rs 23.50 lakh on the pretext of sale of a JCB excavator in 2017 here, a spokesperson of the Crime Branch said.

Kulbir Singh, proprietor of K K Motors, was arrested from the city by the Crime Branch sleuths after a local court dismissed his bail application, the spokesperson said.

He said the Crime Branch registered a case against Singh last year following a written complaint by a woman, alleging that in 2017 she approached the dealer (accused) for purchase of a JCB and for that purpose applied for a loan at J-K Bank’s Kullian branch in R S Pura.

The cost of the JCB was Rs 23.50 lakh for which she was required to pay margin money of Rs 8.50 lakh to the dealer while for the remaining Rs 15 lakh, the complainant sought a loan from the bank, the spokesperson said.

He said the woman was under the impression that the bank would transfer the amount in the account of the firm and that she would get the delivery of the JCB.

However, after requesting the dealer for the delivery of JCB, the accused refused and claimed that the bank has not transferred any amount in the account of the firm though deductions on account of repayment of the loan had already started from the account of the woman’s husband, the spokesperson said.

He said the accused neither handed over the possession of the JCB to the complainant nor did he return the money to her.

A preliminary verification was initiated by the Crime Branch Jammu and the allegations against the accused were prima facie substantiated which led to the registration of an instant case for in-depth investigation, the spokesperson said, adding the accused did not cooperate during investigation and instead applied for anticipatory bail.