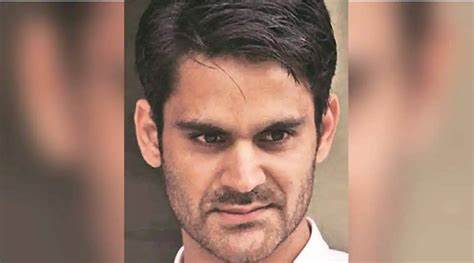 Jammu: PDP youth leader Waheed-ur-Rehman Para, who was on Saturday arrested soon after getting bail from the NIA Court here in a terror funding case, was on Monday remanded to seven day police custody along with Mukhtyar Ahmed Waza alias Munir Ahmed Sofi of Bijbehara in another terror case involving alleged links between politicians and terrorists.

Significantly, waza happens to be the top leader of People’s League and a member of Hurriyat Conference.

This followed perusal of remand application by Special Judge NIA Sunit Gupta which revealed registration of an FIR No. 31/2020 at Police Station CIK Srinagar following “information from reliable and confidential sources that some political functionaries are misusing their membership, position, or affiliation with political parties and as a part of criminal conspiracy, they have established clandestine connections and relations with different Pakistani terrorists and secessionist organisations operating in J&K’’. The FIR has been registered under Sections 13/17/18/38/39/40 Unlawful Activities (Prevention) Act read with sections 124-A/120-B/ 121/121-A Indian Penal Code.

“Taking advantage of the  cover available to them because of their membership or position or affiliation with the political parties, these unscrupulous political parties functionaries have variously supported the terrorists and Secessionists, directly and sometime through middleman, by way of paying money, organizing select physical attacks  through terrorists elements, facilitating their movements, transporting their fighting hardware and importantly saving them from range of legal and coercive actions of Law Enforcement Agencies by unduly influencing the officers of such Law Enforcing Agencies in myriad ways,’’ it said. On the basis of the said information from reliable source, the aforesaid FIR was registered and investigation was set into motion by police of Police Station Counter Intelligence Kashmir, Srinagar, it added.

Pointing out that the Investigating Agency during investigations had got search warrants issued from Chief Judicial Magistrate, Srinagar against the present accused persons and conducted searches of their houses in Kashmir and Jammu recovering some incriminating material which establish their complicity in the present case.

Pointing out that both the accused persons were arrested on January 10 at JIC, Jammu. Since, this matter falls within the territorial jurisdiction of   the Special Judge under section 22 NIA Act, at Srinagar and due to the prevailing weather condition and the condition of National Highway, CIK counsel sought seven days transit remand of both the accused as it would not be possible for the Investigating Agency to produce the aforesaid accused persons before the concerned Special Judge.

Both the accused persons named above are physically fit, he added.

Granting the transit remand,  NIA judge here directed the CIK to produce the accused before designated court on January 18.

On Saturday evening, Para was detained by Counter Intelligence sleuths soon after he was released from District Jail at Ambphalla here following his bail orders.

“After getting bail from NIA Court due to lack of evidence, @parawahid has now been booked under UAPA by CIK on fabricated charges in a terror case yet again. This is purely political vendetta against PDP for raising our voice against Delhi’s onslaught,” he wrote on Twitter.

Para, who is considered to have been instrumental in the revival of the PDP in south Kashmir, was earlier arrested by the NIA on November 25, three days after he had filed his nomination papers for the maiden District Development Council elections from Pulwama. The NIA had claimed to have arrested him following a disclosure statement by Hizbul Mujahideen’s Naveed Baba, who had been arrested along with then DySP Davinder Singh on January 11, 2020.

Para had won the DDC election while in custody.

However, nearly one and a half months after he was arrested by the NIA for alleged terror links, Para was on Saturday granted bail against a personal bond and surety of Rs 1 lakh each. Special Judge Sunit Gupta said that “offences, particularly falling under Unlawful Activities Act (UAPA), are not prima facie made out against the applicant/accused”.

The judge highlighted various loopholes in the NIA case, pointing out that neither the original nor the supplementary chargesheet has a “reference of the present applicant”, and he is referred to as “suspected accused in the said case”.

The judge questioned the basis of Para’s arrest on the “so-called disclosure statement” of militant Syed Naveed Mushtaq Shah alias Naveed Baba, noting that its “legal value” was “seriously hit by Section 25 of the Evidence Act”, which says that such confessional statement can only be recorded under Section 164 CrPC by a Magistrate. Not even one protected witness had named Para, the judge said.