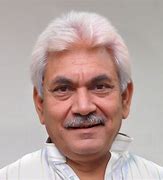 The announcement was made by Lieutenant Governor Manoj Sinha keeping in view the demands from aspirants and several delegations.

“In view of the demand of several delegations/ aspirants, the J&K government for the last time granted one- time relaxation in upper age limit for JKCCE. 37 years for open merit candidate, 39 years for reserve & in -service candidates & 40 years for physically challenged,’’ he said in a tweet.

Earlier, Jammu and Kashmir Apni Party Chief Muhammad Altaf Bukhari had called on Lieutenant Governor Manoj Sinha and raised the issue with him.

“I raised the issue of SRO-103 that has unjustifiably reduced the age bar for civil services aspirants by five years and termed the new rules arbitrary in nature and demanded immediate rollback of SRO-103.

I informed  LG that  the implementation of this SRO will not only impede the participation of those KAS aspirants who have crossed the age limit of 32 but also add to the rising levels of frustration among the unemployed youth in J&K,’’ he said.