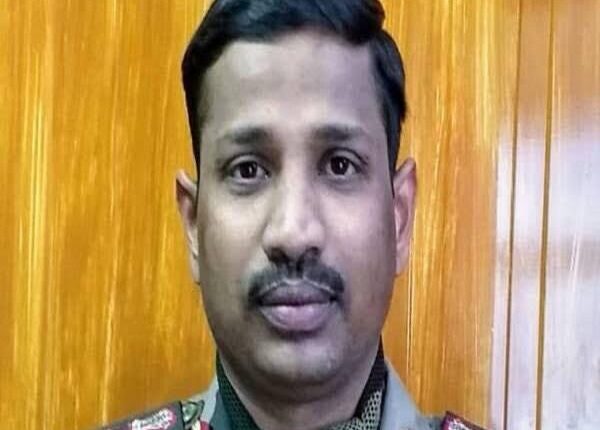 New Delhi: Colonel Bikumalla Santosh Babu who made the supreme sacrifice fighting Chinese troops at Galwan Valley along the Line of Actual Control in Eastern Ladakh has been posthumously honoured with Mahavir Chakra, second highest war time gallantry medal, on the occasion of Republic Day.

Santosh Babu, Commanding Officer of 16 Bihar regiment, was among 20 Indian soldiers who, in one of the most serious military conflicts involving fatalities between two sides in decades, laid down their lives in the fierce hand-to-hand fight on June 15 last. The names of all the 20 Galwan martyrs were inscribed on the National War Memorial ahead of the Republic Day.

An alumnus of Sainik School in Korukonda and the National Defence Academy in Khadakwasla, he was commissioned into the Bihar Regiment from Indian Military Academy, Dehradun and went on to complete the prestigious Defence Service Staff Course from Wellington before taking over the command of his battalion.

Prime Minister Narendra Modi will interact with DMs of…

Instead of the existing limit of 4 members, now 6 members…

Subedar Sanjeev Kumar has been awarded the second-highest peacetime gallantry award Kirti Chakra posthumously for eliminating one terrorist and injuring two others in an operation in Jammu and Kashmir on April 4 last.

Major Anuj Sood, who has been awarded Shaurya Chakra, posthumously, had got martyred during an encounter with terrorists in Jammu and Kashmir in May last.