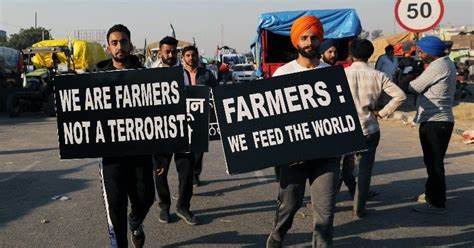 Chandigarh: BJP Government in Haryana on Friday suspended internet in over a dozen districts across the state till January 30.

This has been done in view of the circulation of “provocative misinformation’’ and “fake news’’ being circulated on social media across various districts of Haryana regarding ongoing farmers agitation, leading to likelihood of disturbance of law and order, public peace and tranquility in some districts of the state, said an order issued by Additional Chief Secretary Home, Rajeev Arora.

Hours after a news report regarding the misuse of facilities…

The districts where internet has been suspended include Ambala, Yamunanagar, Kurukshetra, Karnal, Kaithal, Panipat, Hisar, Jind, Rohtak, Bhiwani, Charkhi dadri, Fatehabad, Rewari, Sirsa till January 30. The order suspending internet services in Sonipat, Jhajjar and Palwal districts on January 28 too has been extended till January 30, it added.