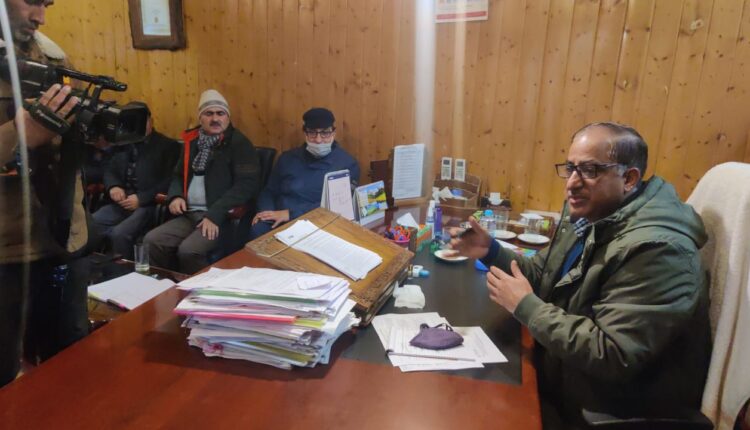 Srinagar: A delegation of Jammu and Kashmir Fruit Growers Association on Saturday called on Director Horticulture Kashmir, Ajaz Ahmad Bhat, and demanded restrictions the on sale of Iranian apple in India.

The Director Horticulture assured the delegation that the issue has been taken up with the UT Government as well as the Government of India with the request to take appropriate action as warranted.

The delegation was further assured that all their genuine issues shall be redressed.

Later, a meeting of the Sub Committee of SLEC for examination and scrutiny of DPRs related to C.A. Storage units/Reefer Vans under Mission for Integrated Development of Horticulture (MIDH) was held at the Directorate of Horticulture, here.