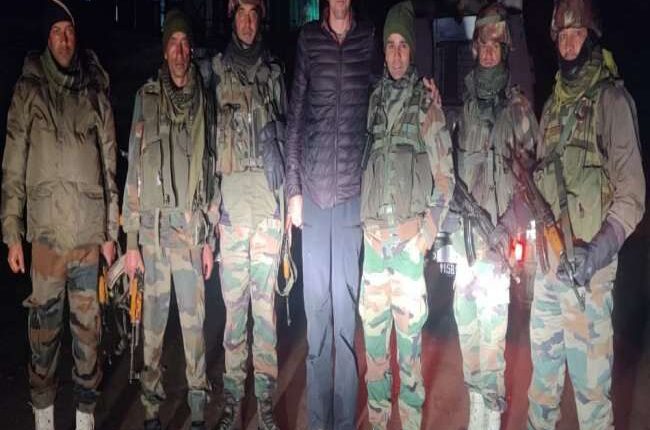 Srinagar: A British national, Lachlan Stewart, who has lost his way to the hotel after getting trapped in heavy snow in the world famous ski resort of Gulmarg in Kashmir, was rescued by Indian Army troops.

Giving details, official said that Stewart was on a Ski trip to Gulmarg and he had lost his track while skiing at Afarwat/Gondola Phase II on Sunday.

However, after struggling for two hours in heavy snow, he reached the other side of Afarwat towards dense jungle at around 5 pm. Having landed up in a ‘no telephone signal’ zone, the individual was unable to contact his hotel staff or anyone else.

He was spotted by an Army patrol party of Gulmarg Battalion who rescued him to their Company’s nearest operating base. It was a great relief for the individual as he was drenching wet after negotiating Nalas and snow in wilderness. The individual was treated with great hospitality as per the ethos of the Army, and was given new pair of shoes, shocks and warm refreshments.