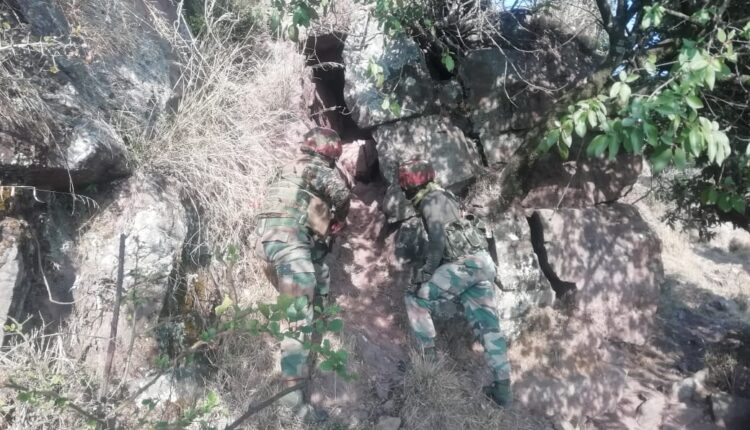 Rajouri: Jammu Kashmir Police and Army in a joint operation busted a terrorist hideout in Rajouri district’s Gadyog forests in Khawas area and huge quantity of arms and ammunition from there.

Based on specific information from a reliable source, a joint operation was carried out by Army troops and J&K Police in Gadyog forests..

With this recovery, the desperate plan of terrorist organisations to revive terrorism in Rajouri and Reasi Districts suffered a major setback, officials said.

The searches are in progress to ensure peace and tranquility in the region.