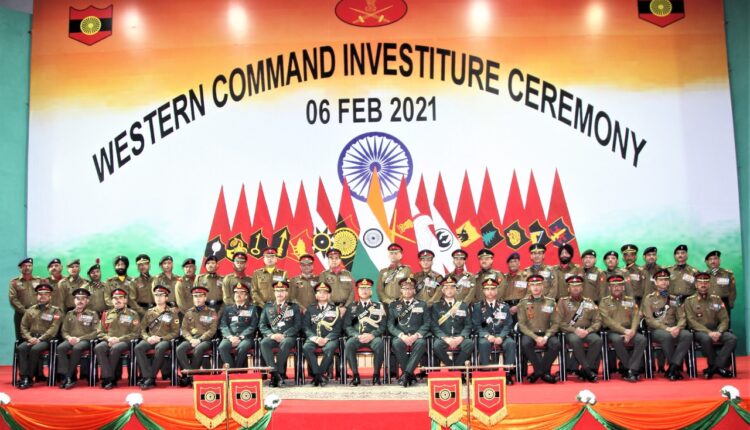 Mamun Cantt: Western Army Command on Saturday honoured its distinguished and gallant soldiers for their exceptional bravery, commendable devotion to duty and distinguished service to the nation.

The solemn ceremony was organised by Gurj Division under the aegis of Rising Star Corps at Raavi Auditorium, Mamun Military Station on behalf of Western Command.

Western Command is one of the largest commands of the Indian Army and is responsible for operations along our Western Borders including parts of Jammu and Kashmir.

General Officer Commanding-in-Chief congratulated all the awardees and recipients of unit citations and commended all ranks for their selfless service and admirable devotion to duty. He exhorted all ranks to emulate the awardees and leave no stone unturned to live up to the highest traditions and ethos of the Indian Army. He also complimented formations and units of Western Command for their excellent performance in all spheres of military activity during the preceding year and expressed confidence that they are well prepared to take on the emerging security challenges.

Facade of four-fold narrative on Kashmir