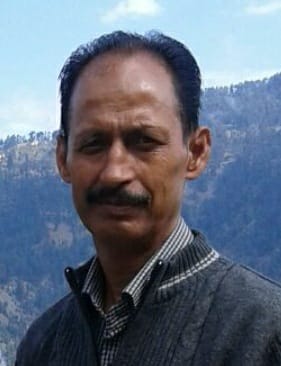 Jammu: Crime Branch here on Thursday registered a criminal case against Ranbir Sharma, son of Dheru Mal Sharma of Partapharh mohalla for allegedly duping his partner, by diverting the payments obtained from the Airtel Company to his personal account dishonestly and intentionally, in place of joint account.

This followed a written complaint by Chaman Lal Kangotra, son of Late Dian Nath Kangotra of New Rehari that he along with the accused had agreed to start a business for which the suspect was already registered with concerned agencies.  The suspect was also registered with Bharti Airtel Ltd. as Airtel vendor for OFC works and the complainant agreed to be allowed by the suspect to become a partner of the M/s Ranbir Sharma and Co. In this way, the complainant started investing huge amounts of money as per the partnership deed.

During the course of business the suspect on one pretext or the other declared that the whole of income, after the loan deductions, was being regularly invested in the capital of the firm and sharing of the profits would be done later. The complainant came to know that the suspect had unilaterally opened another account in Canara Bank, Gandhi Nagar, Jammu without his consent and knowledge and continued transactions of the partnership business illegally and unlawfully through that account  for his personal wrongful gains misappropriating the funds of the firm. After partial settlement of accounts, an amount of Rs 81,56,978 was found due to the complainant from the side of the suspect as his share which the suspect had promised to pay and subsequently issued one cheque of Rs 32 lakhs which was dishonoured by the bank citing reason of having insufficient funds.

On receipt of this complaint, a preliminary verification was initiated and during the course of enquiry oral and documentary evidence was gathered and the allegations were substantiated against the accused. The omissions and commissions, on the part of accused- Ranbir Sharma prima facie constitute offences punishable U/S 406 RPC. Accordingly, a formal criminal case is registered in P/S Crime Branch, Jammu against the above mentioned accused person for in-depth investigation.