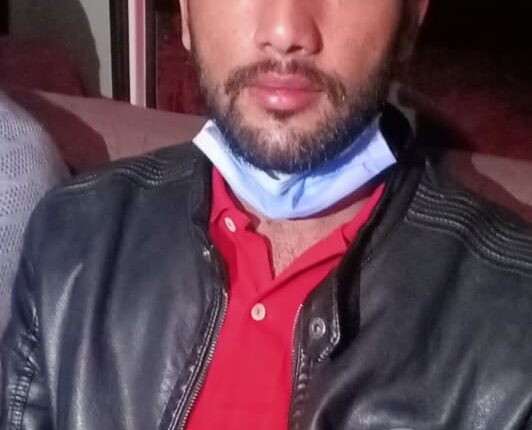 Jammu: A terror mastermind, who was returning home in Jammu and Kashmir’s Mendhar area, was on Wednesday arrested by a police part from Poonch district at the airport at Jammu here.

Identified as Sher Ali, Poonch SSP Ramesh Angral said that the police was already tracking his movement when he boarded the flight from Dubai to Mumbai and then to Srinagar.

Pointing out that he was the main coordinator and facilitator of terror activities of various terrorist groups involving facilitating cross border infiltration, smuggling of arms and ammunition and narcotics from Pakistan occupied Jammu and Kashmir into Indian territory through Balakote area of Poonch district.

While staying aboard, Sher Ali at the behest of a Pakistani handler @Sultan had sent two Pakistani terrorists from Dabbi area of Balakote sector on the intervening night of  November 24-25 last year.  Both the terrorists of JK Gazanavi Force were later killed during an encounter in Surankote’s Poshana area on December 13 last.

Sher Ali was also involved into the smuggling of arms and ammunition which included three pistols and one IED, besides other ammunition through Balakote Sector in Mendhar area of Poonch district.  His father Mushtaq Ahmed and sister Raskeem Akhtar, who received these arms and ammunition, were arrested by Poonch Police September 11 last and an FIR was registered at Mendher police station in this regard.

Apart from them, police have also arrested five over ground workers in this connection and they included Mustafa of Kandi Galuta, Mohammad Yaseen of Dabbi Balakote, Younis , Irfan and Raskeem who were associated with the network of Sher Ali.

The arrested terror mastermind was also involved in drug smuggling along with smuggling of arms and ammunitions and two kg heroine worth approximately Rs 8 crores in the international market were also recovered from this terror network which was meant to be used for terror financing. So-far from this network 5 Pistols, 13 grenades and one live IED has been recovered.  Further investigations are in progress, SSP said.

Jammu Airport to remain closed for 15 days from March 6