Cultivation along zero line to be allowed in a phased manner, says Samba DC 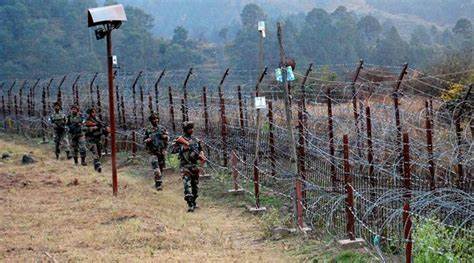 Jammu: Days after Indian and Pakistani armies agreed to strictly observe all their ceasefire agreements, Samba Deputy Commissioner Rohit Khajuria said that cultivation of land at zero line will be allowed in a phased manner.

On the directions of Lieutenant Governor Manoj Sinha, he toured the border villages in Ramgarh tehsil on Friday and was appraised about the issues faced by the locals, a spokesperson said.

He held detailed discussions with the BDC chairman, village heads and people about a host of issues, including cultivation on zero line, electricity and drinking water supply scenario, he said.

Khajuria informed the people that cultivation of land at zero line shall be allowed in a phased manner.

“In the first phase, cultivation will be allowed over 1,600 kanal land in villages from Kangrial post to Nanga post, Patjyal Kurd, Chak Salaria and others. The farmers will be issued identity cards for cultivating crops at zero line and adequate security shall also be provided,” he said.

The deputy commissioner also directed agencies concerned to immediately provide respite to the people in the power supply, drinking water and connectivity issues.

Crime Branch books three for duping a person of Rs 1.92 crore in Jammu