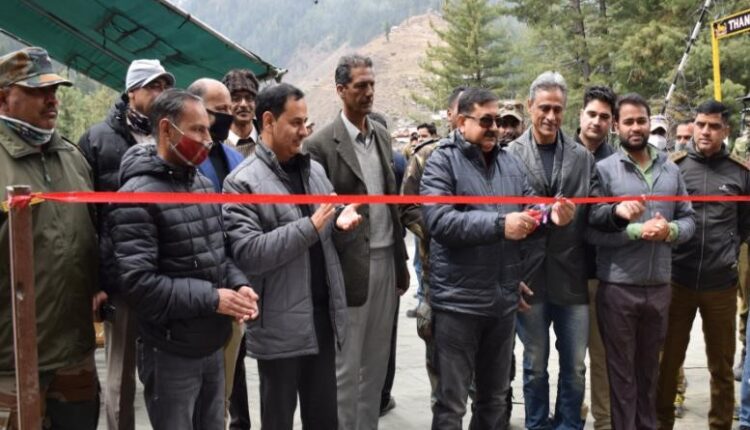 Kishtwar: Four habitations of Pethgam, Bungam, Chinab Dindoo, Watsar of the mountainous sub division Chatroo of Jammu Kashmir’s Kishtwar district were on Sunday electrified by connecting them with the National Electricity Grid.

People of the area appreciated the efforts of District administration, led by DC for bringing light in their life after seven decades of wait.

The DC said that progress of the work was   closely monitored by him on daily basis, while providing all logistic supports to JPDCL team and the executing agencies.

Meanwhile, he also inspected the progress of the snow clearance on Sinthan NH 244 highway and directed the NHIDCL authorities to expedite the pace of work to ensure the timely road connectivity to the area.

He further informed that snow clearance on the Margan bypass will be initiated soon to ensure that the connectivity to Marwah Warwan areas was restored.

En-route he also interacted with a number of delegations, who apprised him about various issues and demands.

After giving a patient hearing, the DDC assured them that their demands have been noted and concrete steps will be taken to address the same in a time bound manner.