Farooq ridicules BJP for claims to form govt in J&K 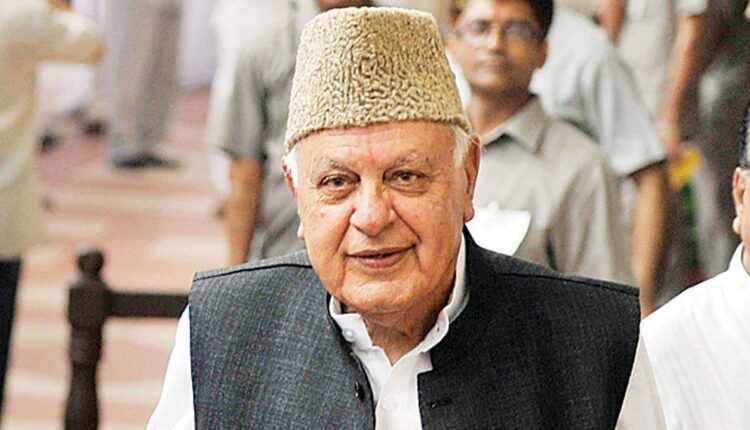 Jammu: National Conference president and former chief minister of the erstwhile Jammu and Kashmir State, Dr Farooq Abdullah, on Monday ridiculed BJP for its repeated claims about forming government in the Union Territory.

Taking to media persons after a function at Jammu Club, he said “kehtey hein aa rahey hein, hakumat banaengey. Main bhi dekhta hoon kahan se hakumat banaogey. Aasmaan se aao gey. Hum bhi to hein raho mein. Humko kaisey hataogey raho se’’. (They (BJP) say they are coming, will form government. I too will see how they will form the government. Will they come from the sky. We are also sitting in the way to government formation and how they will remove us from there).

About ongoing action by Jammu Kashmir government against Rohangiyas, he asked the Government of Indiato abide by the UN Charter for Refugees. “You know the situation in that country (Myanmar). It is the same old problem and you also know what the military junta is doing there,’’ he said.

“The United Nations has a refugee charter and the Government of India too is a signatory to it,’’ he said, adding “we shall abide by that Charter and work for the humanity’’.

About ongoing delimitation and the possibility of assembly elections in Jammu and Kashmir, he said “polls or no polls, we have to prepare for the elections’’.

When asked whether he will go to West Bengal to campaign for Mamta Banerjee, the NC leader said “I don’t have time’’.