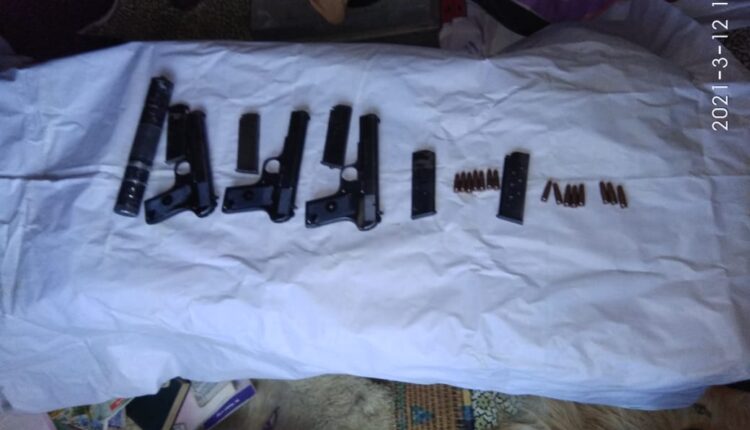 Jammu: Jammu Kashmir Police and security forces in a joint operation on Friday apprehended a terrorists from his house in Doda district’s Bikheryan village.

Identifying the terrorist as Firdous Ahmed, son of Ghulam Ahmed, sources said that three Chinese pistols, five magazines, 15 roudns and a silencer were recovered from the house. The questioning of apprehended terrorist was in progress.