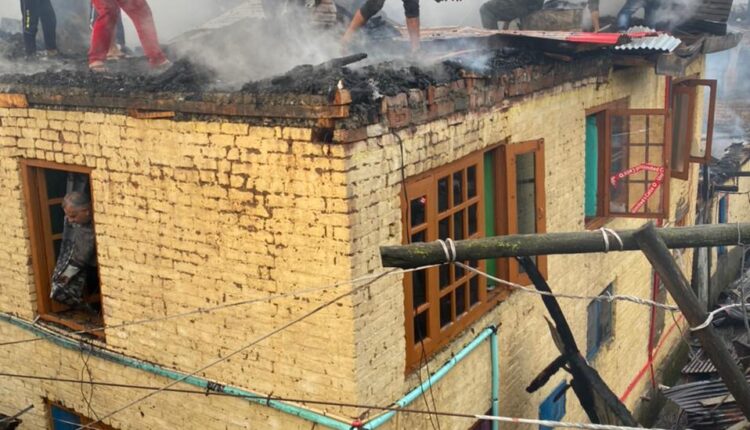 According to locals, fire broke in the wee hours on Saturday which rapidly expanding to the nearby houses resulting in complete damage of 4 residential houses while two other houses were partially damaged in the devastating inferno.However the cause of fire was not asserted.

Locals said that once the news spread in the area people in large number especially youth reached to the spot and started rescue operation, carrying water in buckets and other utensils to douse the rising flames. However, their efforts failed to yield any results till the fire spread in the locality.

They said the fire brought under control after a team of fire service department, police reached the spot.