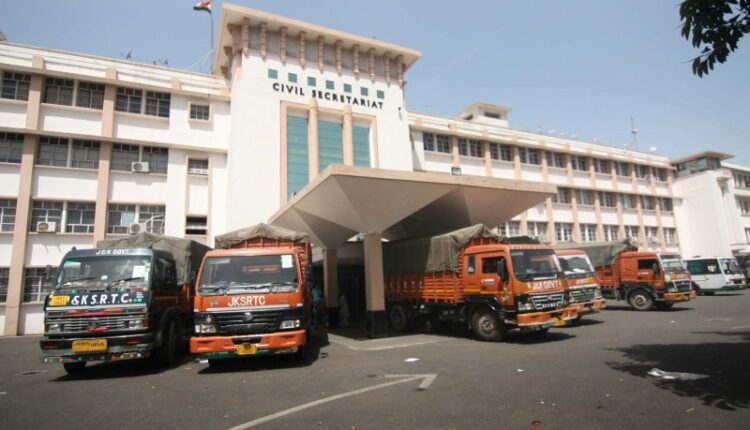 Jammu: For the first time in the history of of Jammu and Kashmir, only “sensitive records’’ will be taken from Jammu to Srinagar this summer when as part of the annual durbar move exercise offices close in UT’s summer capital city here on April 30 and May 1.

A circular issued by UT’s Commissioner-Secretary General Administration Department, Manoj Kumar Dwivedi “impressed upon all the Administrative Secretaries to compile a list of such confidential/sensitive files/records, including files/records of respective subordinate move offices, which have not been scanned and require to be carried to Srinagar’’. “The quantum of such files be provided by all the departments to the General Administration Department by April 15 for approval,’’ the circular said, adding that “it has been decided that only ten trucks shall be arranged for shifting such sensitive records/files to Srinagar’’.

Earlier, hundreds of trucks were arranged every six month to transport office files from Srinagar to Jammu during winter and vice versa in summer. On account of durbar move, the cash starved Jammu and Kashmir used to spend nearly Rs 130 crore every six months.

The durbar move offices observing five days a week are closing in Jammu on April 30 and those observing six days a week on May 1. All these offices including civil secretariat will reopen in Srinagar on May 10.

In this connection, the circular pointed out that “it has been decided to completely switch over to e–office by April 15’’ this year so as to “improve efficiency and effectiveness of the government and to obviate the requirement of physical movement of files/records from Jammu to Srinagar and vice versa’’. To ensure its timely implementation all records/files of various government departments have been digitized except some files/records which are sensitive/confidentlal in nature and requires to be carried to Srinagar, it added.

HC sets aside written exams for SIs, JEs & others

To ensure availability of all office records/files online to officials in Srinagar, it also asked all the administrative secretaries to put in place “arrangements in the civil secretariat at Jammu for maintaining and retrieval of files/records by retaining some manpower/record keepers from each department’’ here. The Director Estates shall ensure the proper upkeep and safeguard of files/records to be kept at Jammu with proper anti-rodent/anti-termite measures, it added.

Durbar Move had always been under criticism for many who described an over 100 crore expenses by a cash starved state (now UT) as wastage of public exchequer. A division bench of the Jammu and Kashmir High Court comprising then Chief Justice Gita Mittal and Justice Rajnesh Oswal also had last year observed that there was no legal justification or Constitutional basis for the 148-year-old darbar move tradition.

Pointing out that the practice has resulted in wastage of tremendous amount of time, efforts and energy on inefficient and unnecessary activity, the bench had observed that valuable resources of the State (financial and physical) cannot be diverted to completely non-essential usage when the Union Territory in unable to provide even basic essentials to its people. It had recommended that in case the practice was rationalized, the resources and time so saved could be utilized towards the welfare and development of the UT which has otherwise witnessed much turmoil. The money so saved could be used to meet the COVI-19 related issued like food shortages, unemployment and healthcare.

The court, however, did not issue any direction to the administration, but ordered the chief secretary to place the verdict before authorities examining the issues raised.

Last year, due to COVID-19 pandemic, the government had asked all its move employees to work on “as is where is basis’’, adding that the civil secretariat shall continue to remain functional at Jammu.

HC sets aside written exams for SIs, JEs & others