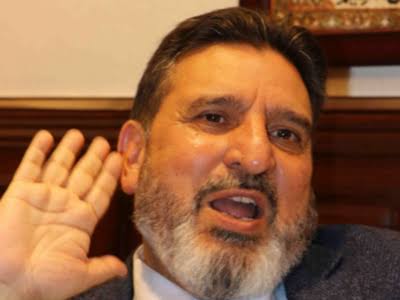 Talking to reporters on the sidelines of a function here, he said National Conference should have given thought to regional bonding 70 years before. No one can weaken the bond between people of Jammu and Kashmir, he added.

He added that even a mother does not feed a baby till he/she starts crying for it.  “we are committed to fight for restoration of statehood and won’t stop it till we get back statehood at the earliest.”  Regarding the imposition of night curfew in eight districts of Jammu & Kashmir, he said, “Government might have taken the decision in the interest and the safety of the people. It is good testing is being conducted for all the travellers who enter J&K at Lakhanpur.”

I don’t know which money he talks about. The person who is himself part of BJP can’t accuse others of collaboration with the saffron party.