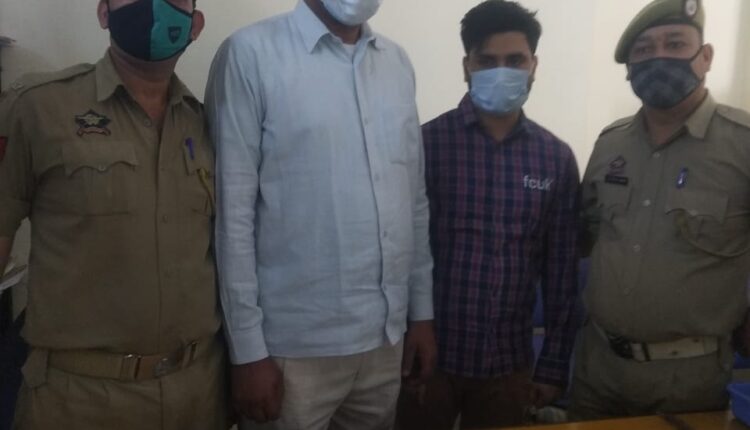 Jammu: The Jammu and Kashmir Police on Friday arrested two people from Jammu Airport and recovered from them four gold bars weighing one kilogram, which had been illegally imported from abroad.

Their apprehension followed an information received by Satwari Police Station from a lady ASI Krishna Devi that two pepe who had come from Delhi to Jammu by air had concealed their identity.

On this, a special police team led by SHO Satwari Police Station, Inspector Nishant Gupta reached on the spot and on sensing something fishy in their behavior, he took the two suspects to the police station.

On search, four gold bars valuing approximately Rs. 50 lakhs were recovered from them and they disclosed that the gold was illegally imported from abroad.

The matter was brought to the notice of the Directorate Revenue Intelligence, Jammu, who has taken the cognizance of same. All the gGold bars along with accused persons have been handed over to Directorate of Revenue Intelligence, Jammu for further course of action. The overall operation was carried out under the supervision of SDPO South P K Mengi and SP South Deepak Digra.