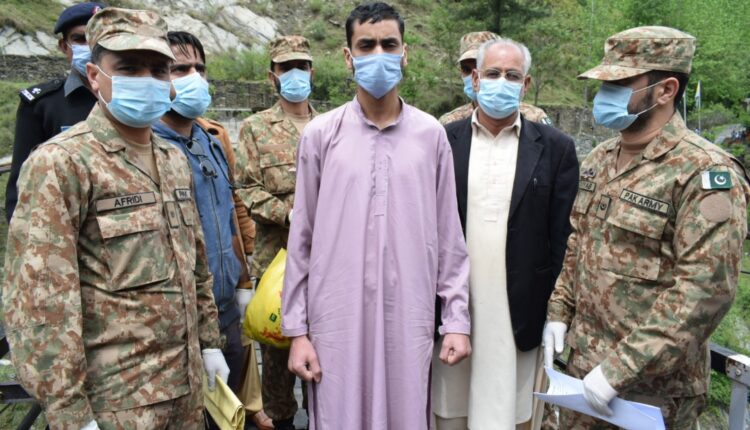 Srinagar: Proactive coordination by Indian authorities has enabled repatriation of a Bandipura youth who had inadvertently cross over to Pakistan occupied Kashmir in September last year.

Identified as Mohammad Sayeed Mohinuddin, 18, of Gurez, a forward area of Bandipura, officials said that 11.55 am on Tuesday, the boy was taken over from Pak authorities at Tithwal crossing bridge amidst emotional backdrop of his joyous brother.

Inadvertent crossings across Line of Control  by locals on either sides of it, have been an occurrence due to rugged terrain.

Interaction with the locals of Tithwal revealed that there has been a marked decrease in the inadvertent crossings over a period of time due to strict vigil on the Line of control. The locals also added that it is the responsibility of the parents to ensure that their children do not go astray and put their lives into risk by venturing into hostile area.