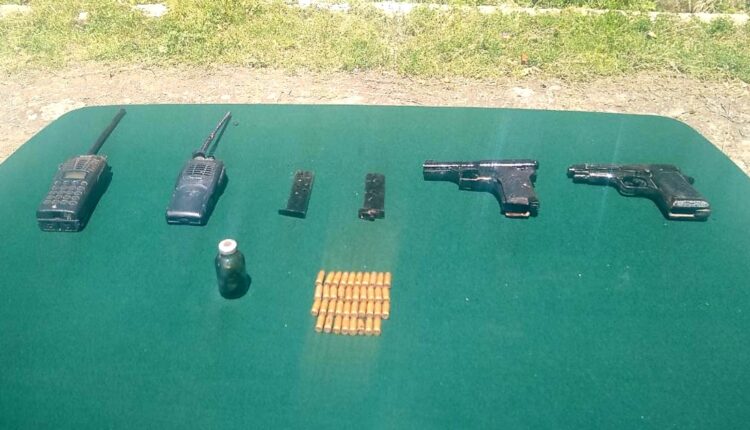 Kishtwar :A joint team of Indian Army and JKP launched a search operation in area of Chhatru forest in Kishtwar District on 25 Apr 21
and recovered a cache of arms containing two pistols, ammunition and other war like stores. Chhatru forest is along the known movement route of terrorists between South Kashmir and Kishtwar. These caches have been created by the terrorists in these remote areas to be used for destabilising the security situation which is heading towards normalcy. The Indian Army and JKP alongwith other security forces deployed in Kishtwar have successfully recovered IEDs, Explosives, arms & amn in recent months to thwart the nefarious designs of terrorists and the their few supporters.

Ladakh administration is in the process of procuring COVID19Vaccines for inoculating its residents in the 18-45 years age group.The vaccination will be provided free of cost to all who are eligible to receive it.LG OFFICE

Jammu and Kashmir | One Terrorist Killed as Army Foil Infiltration bid in Nowshera.

Jammu and Kashmir | Terrorists fired upon & injured two outside labourers in…