Pakistan in the grip of Hawks 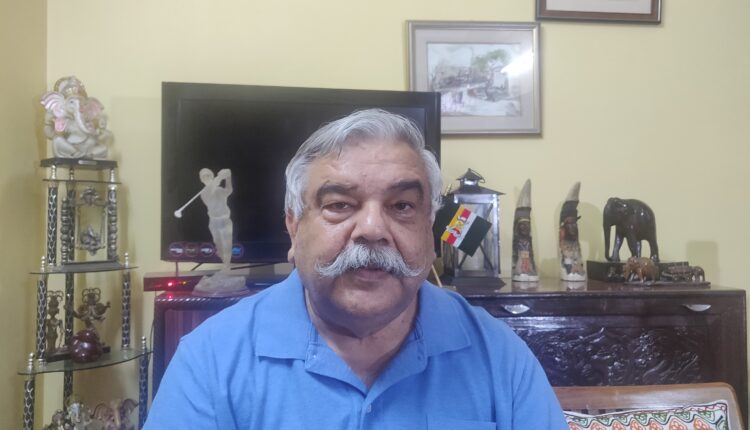 The ray of hope regarding peace across the western border and normalization of relations between the two neighbours has become victim of power politics in Pakistan with the hawks all set to put every spoke to ensure that the process does not take off.

In a departure from the past, the “status quoists” do not belong to the uniformed fraternity only but a strong group of hawks has emerged among the nation’s polity as well. The leading voice of hawks in civies is the Pakistan Foreign Minister Shah Mohammad Qureshi who was also instrumental in forcing Imran Khan to take a U-turn as regards resumption of trade with India was concerned. There appears to be a divide among the power blocks in Pakistan. While Gen Qamar Bajwa is behaving like a moderate desiring a paradigm shift in Indo-Pak relations, Qureshi on the other hand is busy creating an impression that ball is in India’s court and any talks with India are subject to India agreeing to restore status quo in Jammu & Kashmir. Is the entire exercise genuine or façade with the duo trying to enact Jekyll and Hyde?

There is no doubt that the India Policy of Pakistan is conceived in the Army Headquarters known as General Headquarters (GHQ) and not by the Foreign Ministry, a usual practice among democracies. Is the authority of all powerful Army Chief being challenged? There is no denying the fact that a very strong group of hardliners exists in the Pakistan Army. The group is least interested in improving relations with India which literally would mean losing the Army’s paramountcy in the affairs of Pakistan. For any General to venture to cross the Rubicon, it is mandatory to take into confidence and win over the Hawks within the Army.

In the past Gen Zia and Gen Musharraf attempted to offer a hand of friendship to India but both took their time to stabilize themselves and assume firm control of the Army. While Zia took nine years and Musharraf five to stabilize themselves and offer an olive branch to arch rival India, Gen Bajwa has dared to do it just after three years and that too when on an extended tenure. Obviously, he has failed to take the status quoists on board. The status quoists enjoy the support of the lower ranks and large section of junior officers, a group highly radicalized, which perceives the move as a surrender to India.

In order to ensure that Bajwa’s vision of a shift from geo-strategy to geo-economics does not see the light, the hawks have floated a narrative that it is India which needs peace with Pakistan than the vice-versa. Bajwa found it easy to enunciate his vision but is finding it extremely hard to manage the same. The hawks are selling the idea that India is a bigger beneficiary of peace due to its declining economy and various internal challenges as well as the threat from the Chinese. As per them, it is the opportune moment to force India to roll back 370/35A. Bajwaknows that the hawks are day dreaming, living in a fool’s paradise and evading reality but finds himself isolated among the hawks.

Bajwa to convince the hawks has gone to the extent of letting out certain state secrets which are usually not revealed. During an Iftaar party hosted for the foreign diplomats he revealed that hectic back door negotiations are going on between the Indian National Security Advisor Ajit Doval and the DG ISI of Pakistan. This revelation is necessitated to give weight to Bajwa’s narrative because when the persons negotiating enjoy status and confidence of respective national leadership and also have direct access to them gives credence to the fact that both nations are serious and sincere towards the peace process and these are not rendezvous for exchange of pleasantries and social niceties.

India on the other hand is desirous of an end to cross border terrorism and eradication of poverty from the South Asian region. India recognizes Pakistan as the main stumbling block and perceives negotiations with the adversary a necessity for the same. India therefore has never shied away from talks or negotiations with Pakistan beginning with the composite dialogue in 1998 till as recently as August 2015 as a fallout of the Ufa statement between PM Modi and PM Nawaz Sharif. Every time the hawks in Pakistan succeeded in derailing the peace process. That’s why despite desiring peace India has to be very cautious.

The leader of the hawks Shah Mohammad Qureshi on the other hand is determined to upset the applecart. In a latest interview with a Turkish news agency in Istanbul he said, “If India is willing to re-visit some of the decisions it took on August 5, 2019, Pakistan will be more than happy to engage, sit and talk and resolve all outstanding issues.” Though he was wanting to sound less hawkish the contents of his statement were obvious. It was a blatant attempt to interfere in India’s internal matter and sell the hawkish narrative of India being a bigger beneficiary and hence keen on talks. He further stated, “So, when the Indian leaders expressed an interest in recommitment, we welcomed it. And that has, in my view, lowered tensions and has gone well on both sides. Sensible elements on this side and on that side have welcomed this new development.” A highly spin-doctored statement to support the hawkish narrative at home.

During the above- mentioned interview, he not only contradicted himself but also the Army Chief Gen Bajwa. Only a couple of days back in another interview to a Turkish television network, TRT, he categorically rejected the speculations of any “secret talks” between Pakistan and India through backdoor channels or third – party involvement. Obviously, hawks are not ready for the change in status quo and Bajwa has to do a lot of home work to tame them. He may be forced to use the Chanakya’s policy of “SaamDaam Dand Bhed” (Accord, Price or Incentive, Punishment, Creating discord). Best option for India is to wait and watch and not be in any hurry.