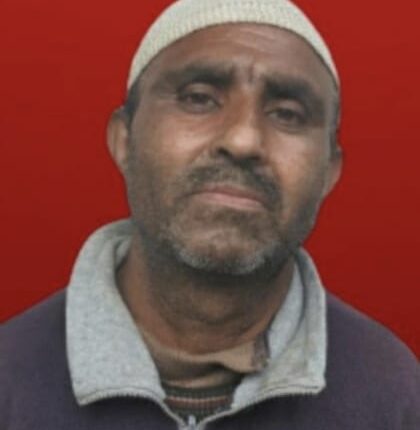 Reasi: Jammu and Kashmir Police on Friday arrested an alleged rapist who had been evading arrest for the past 33 years.

Identifying the accused as Ghulam Mohammad alias Gulla, son of Ahada, resident of Banks Hal’s Kherkote area, police said that he was the longest surviving absconding criminal in a rape case.

Wanted in an abduction-cum-rape case registered at Mahore police station in Reasi district, he had been constantly evading arrest by changing his location and identity since 1988.

“Accused  despite evading Investigation couldn’t evade long arm of law of the state. Warrant under section 512 CrPC was issued by the Hon’ble Court of Principal District & Session Judge  Udhampur on June 22, 1989 and it has been executed after his arrest from Kashmir valley.

While tracking traces of footprints of crime, meticulous planning and coordination, Reasi Police developed a specific input regarding his presence in Safakadal area of Srinagar and arrested the accused with the help of Srinagar Police.

Thirty Three (33) years back, at the time of commission of crime, neither Reasi was a District nor there was a Session Court in Reasi, Mahore was falling under the jurisdiction of District Udhampur with only two Police Stations Reasi and Mohore in the Reasi area.

Other accused in the case including Amkala S/O Bodhra R/O Bathoi, Ghulam Mohd Sheikh S/O Rahiem Sheikh and Sonaullah S/O Aadha R/O Kherkote Tehsil Banihal Ramban  were arrested and bailed out by the Court of Law.

Reasi Police under the command of SSP Sh Shailender Singh JKPS  has launched a special drive to apprehend the absconders, who are avading arrest since years and this is the seventh absconder arrested by Reasi Police in last two weeks against whom warrant U/S 512 CrPC was pending.