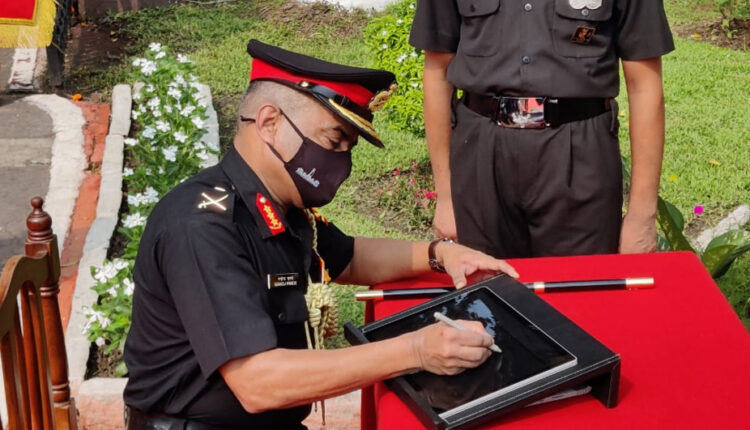 KOLKATA (West Bengal): Lieutenant General Manoj Pande on Tuesday took over the reins of Eastern Command as its General Officer Commanding-in-Chief.
Prior to this, he was Commander-in-Chief of Andaman and Nicobar Command, which is only the only Tri-services Operational Command in India.
Lt General Pande was commissioned in the Bombay Sappers in December 1982. In his distinguished service career, he has held several prestigious command and staff assignments in Conventional as well as Counter Insurgency Operations in all types of terrain.
He commanded an Engineer Regiment along Line of Control during Operation PARAKRAM in J&K, an Engineer Brigade in Western Sector, Infantry Brigade along Line of Control in J&K, Mountain Division in High Altitude Area of Western Ladakh and a Corps in North East.
The General is a graduate of Staff College Camberley (UK) and has varied experience in staff appointments which include the Military Secretary and Military Operations Branches at Army Headquarters, Operations Branch in a Brigade Headquarters in the North East and Headquarters Eastern Command at Kolkata.
The Army Commander conveys his warm greetings to the people and wishes them peace, prosperity, health and happiness in times ahead. (AGENCY)

The 2DG medicine can be given to Covid-19 patients under the care and prescription of doctors. Directions for the usage of this drug for COVID19 patients as per DCGI approval are attached here for reference: DRDO