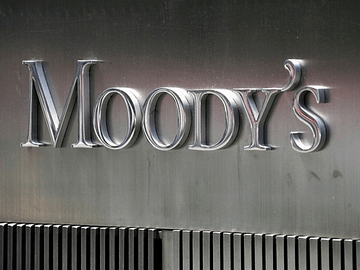 New Delhi:  Moody’s Investors Service on Tuesday pegged India’s GDP growth at 9.3 per cent in the current fiscal ending March 2022 and 7.9 per cent in FY23.
“The reimposition of lockdown measures along with behavioural changes on fear of contagion will curb economic activity, but we do not expect the impact to be as severe as during the first wave.
“We expect a decline in economic activity in the April-June quarter, followed by a rebound, resulting in real, inflation-adjusted GDP growth of 9.3 per cent in the fiscal year ending March 2022 and 7.9 per cent in fiscal 2022-23,” it said.
India’s economy contracted by 7.3 per cent in fiscal 2020-21.
The pandemic, it said, will leave new economic scars and deepen pre-pandemic constraints.
Over the longer term, we expect real GDP growth to average around 6 per cent,” it said. (AGENCY)

“Arms License of wrestler #SushilKumar has been suspended after he was arrested in connection with the murder of 23-year-old Sagar Rana at Chhatrasal Stadium. The cancellation process has started by the License Department”: Delhi Police

All the 31 blocks of Ladakh will have a Block Development Fund in which 1 crore to each block has been provisioned for the FY 2021-22, announced @R_K_Mathur, Lieutenant Governor of Ladakh.