Private transporters in J&K have decided to resume operations from Wednesday after keeping their vehicles off the roads for the past 42 days in protest against the Govt’s decision to cap the seating capacity at 50 per cent amid surging COVID-19 cases. 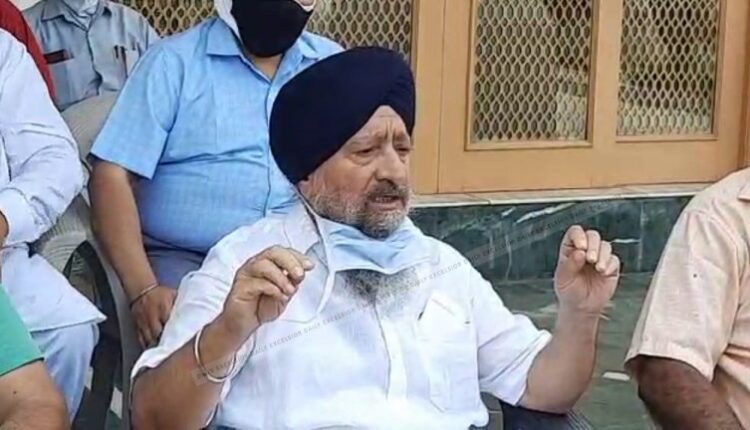 JAMMU: Private transporters in Jammu and Kashmir have decided to resume operations from Wednesday after keeping their vehicles off the roads for the past 42 days in protest against the government”s decision to cap the seating capacity at 50 per cent amid surging COVID-19 cases.
However, they sought a meeting with Lt Governor Manoj Sinha to sort out their problems to bring the transport industry “back on track”.
The transporters claim they have suffered huge losses since August 2019 following revocation of special status to the erstwhile state of Jammu and Kashmir and its bifurcation into the union territories of Jammu and Kashmir and Ladakh, besides the coronavirus-induced lockdown.
The private transporters went on an indefinite strike on April 21 demanding a 50 per cent hike in fare to facilitate smooth operations with 50 per cent passengers on board.
“We have taken a decision to cooperate with the government which has given us the permission to ply with 100 per cent capacity in some areas. It is not feasible for the transporters to resume operations with 50 per cent seating capacity as the fuel prices are skyrocketing and the industry is on the receiving end since August 5, 2019,” All J&K Transport Welfare Association chairman T S Wazir told reporters here on Tuesday.
He said the industry provides a boost to economic activities but has suffered immensely due to back-to-back lockdown situations over the past two years.
“We have no Amarnath yatra, the rush to Mata Vaishno Devi shrine also dropped drastically and the tourism sector received a big blow and is almost finished after August 2019. The problems compounded with the outbreak of the pandemic which impacted even the marriage functions with the government restricting the number of guests to just 25,” he said.
Wazir appealed to the central government and the Lt Governor to consider their plight and announce a package for the industry including waiving the passenger tax and interest on the loans “to provide breather to the industry which is fighting for its survival”.
“We request the Lt Governor for a direct meeting to listen to our problems so that the train which has derailed can be brought back on its track,” he said.
He also demanded an end to “unnecessary harassment” of transporters on the pretext of checking and scrutiny of documents at various checkpoints.
The process of unlocking began in Jammu and Kashmir on Monday after over a month long ”corona curfew” with partial reopening of shops, but the transporters kept their vehicles off the roads demanding revision of the decision related to seating capacity in public transport. (agency)