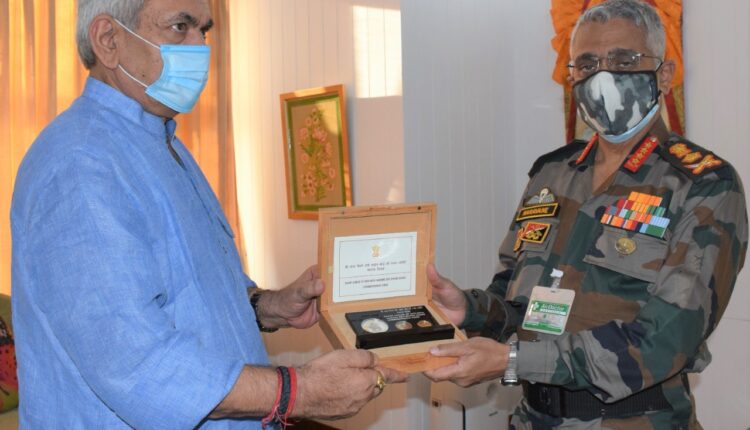 Srinagar: General M M Naravane, Chief of the Army Staff, on Wednesday met Lieutenant Governor, Manoj Sinha here at the Raj Bhavan and discussed about recent internal security developments and the prevailing security scenario in the Union Territory of Jammu and Kashmir.

Both the Lt Governor and the Army Chief also held discussion on several internal and external security-related issues and their effective management.

The Lt Governor stressed on the high importance of maintaining close synergy between the Army and other Security Forces to meet the security challenges. He lauded the Army’s role in ensuring a safe and secure environment for the people of J&K, besides extending necessary support and complementing Government’s efforts in controlling the spread of Corona virus.

With ceasefire holding between Indian and Pakistan armies for the past over three months, the Army chief arrived in Srinagar earlier during the day on two day visit of the Valley to review situation on ground and also the operational preparedness of troops. He is also likely to visit forward army positions along the LoC.

For first time in past three months, Jammu reports lesser number of Corona deaths and cases than Kashmir