Terror won’t deter our resolve of resettlement in Kashmir: Chrungoo 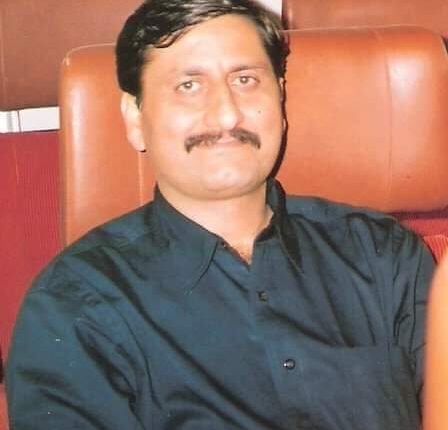 Jammu: Senior BJP and Kashmiri Pandit leader Ashwani Kumar Chrungoo here on Saturday said “Pakistan supported and abetted terror activities will not deter our resolve of resettlement of Hindu minorities in the valley of Kashmir in due course of time’’.

“We are determined to resettle the Kashmiri Pandit community in the Kashmir valley as per their geo-political concerns”, said Chrungoo, who is Incharge, Deptt of political affairs and Feedback, J&K-BJP.

Chrungoo, who was responding to the situation created in context of the recent killing of Rakesh Pandit, BJP leader in Tral in a facebook-live programme at Jammu, expressed his concern over the security lapse in his killing. He said that security cover has a definit purpose and even a small mistake has huge and dangerous implications, as was witnessed a few days ago.

Pakistan’s designs to use its diplomatic influence in US to bring in Kashmir debate in every sphere speaks of its desperateness on the issue, the BJP leader said. Last year too, it tried to do similar mischief making use of lobbyists, Congressmen, terror supporters, and well-organised grassroot networks of American Pakistani Muslims, working hard to advance a radical, Islamist-inspired agenda at the highest levels in the United States, using Kashmir as its cause, he added.

Other speakers included Congresswoman Eddie Bernice Johnson, along with Texas state legislators Ron Reynolds and Terry Meza. Sharing a screen with such illustrious figures, however, were open supporters of terror.

“Pakistan’s open support to terror and terror regime will never yield results in its favour since India would never make any compromise on terrorism. The people in Jammu and Kadhmir have rejected the ideas like terrorism, self-determination, azadi and autonomy lock,  stock and barrel. India has resolved to fight terror to finish and the people overwhelmingly support the resolve of the govenment led by the PM Modi”, asserted the senior BJP leader.

Lt Gen Manjinder Singh Chief Of Staff Western Command visited #CHWC. He interacted with the COVID warriors & felicitated them for their tireless efforts in the Fight Against COVID19. He exhorted them to continue working with same zeal in providing quality medical care.

Gradual decline in Positivity Rate in #Jammu over the past few weeks but compliance to COVID Appropriate Behaviour would be critical to maintaining this trend. Grateful for the active contribution of one & all to get through these challenging times: DC Jammu Anshul Garg