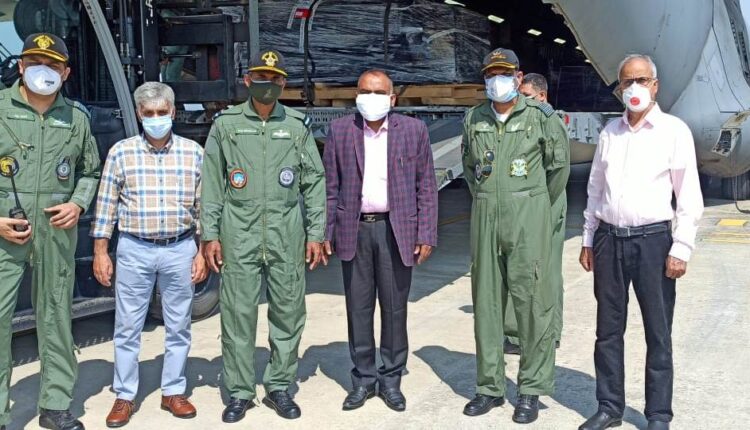 The state-of-the-art Pressure Swing Adsorption (PSA) Oxygen Generation plants, manufactured in Europe, were airlifted from Frankfurt, Germany by Indian Air Force C-17 cargo plane on 5th June and delivered at Srinagar Airport today morning. Pertinently, the earlier consignment of 7 plants was also brought in by the Indian Air Force on 17th May.

Lieutenant Governor, Manoj Sinha, while expressing his gratitude to the Prime Minister, Narendra Modi, said that it was only because of his personal intervention that has made it possible for J&K to receive 16 Oxygen Plants from Europe in such a short span of time. “I express my sincere gratitude to the Hon’ble Prime Minister for his continuous efforts in taking care of the health and well-being of the people of J&K”, added the Lt Governor.

“Our goal is to augment the medical supply across the UT with a vision to tackle any future health emergencies. Medical infrastructure capacities shall be upgraded across the board”, the Lt Governor observed.

At present, J&K has 40 functional Medical Oxygen Generation Plants and the addition of 9 more would further enhance the availability of medical oxygen in hospitals of UT raising it to more than 60000 LPM.