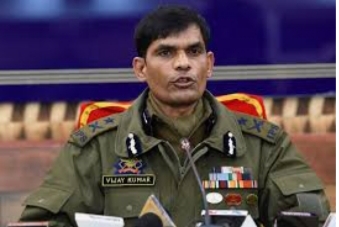 According to Director General of Police Dilbagh Singh, the police party was on Covid-19 duty in Arampora area of Sopore town. Two policeman and as many as civilians were killed, he added.

Three police personnel including a assistant sub inspector among five people were injured in the attack, sources said.  The other two injured were civilians, they added.

The deceased civilians have been identified as Manzoor Ahmad Shallah of Shalimar Colony and Bashir Ahmad of Mahrajpora, both Sopore.

The policemen killed in the attack have been identified as Showkat Ahmad son of Abdul Gani Parray of Goripora Beerwah Budgam and Constable Waseem Ahmad son of Mohammad Sadiq Bhat of Narbal Srinagar.

Among the injured cops, Mukesh Kumar has been referred to Srinagar hospital for specialized treatment. One the other injured police personnel has been identified as SPO Danish.

While the area has been cordoned off and a hunt has been launched to nab the attackers, the officials said that senior police officers have reached the spot and are taking overall view of the situation.

The militants attack evoked widespread condemnation from mainstream politicians in

Former militant among two held for twin blasts in Udhampur…

Kashmiris. So Mr gunmen. Really want to know. Whose bloody side r u on,’’ the tweet read.

unambiguously state. That gun enslaves the very people that it purports to fight for. The

gunmen really need to ponder whose war they r fighting,’’ Lone said in another tweet.

“such attcks must be condemned without reservation’’. Praying for the bereaved families, he

said the “government must ensure a stop to such brutal loss of lives’’.

Denouncing the use of gun by both sides, she said “whether it is the gun of Delhi or our youth who have picked up arms, it cannot help us resolve the issue. Such incidents defame our Kashmir and give people reasons to use more force against commoners. We believe that non violence and dialogue is solution to every problem”, Mehbooba told media here at Baramulla.