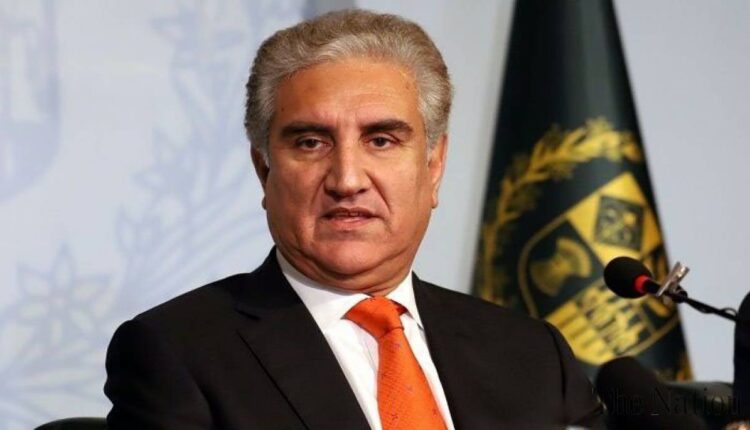 ISLAMABAD [Pakistan]: Pakistan wanted “reconciliation” with India but the latter “did not reciprocate” and took measures that “vitiated the climate”, claimed Pakistani Foreign Minister Shah Mahmood Qureshi.
“With India, we wanted reconciliation, the minute Imran Khan came to office he said if they will take one step towards peace we will take two. Unfortunately, they did not reciprocate. Unfortunately, they took the steps and measures that vitiated the climate,” Qureshi said during an interview with ToloNews.

Indonesia | At least 127 people died after violence at a…

Qureshi also attacked India for its actions of August 5, 2019.
Tensions between India and Pakistan have spiked since New Delhi abrogated Article 370 of the Constitution to revoke the special status of Jammu and Kashmir on August 5, 2019.
India’s decision drew a sharp reaction from Pakistan, which downgraded diplomatic ties and expelled the Indian envoy.
New Delhi has categorically stated before the international community that the scrapping of Article 370 was its internal matter.
Meanwhile, India has said it desires “normal neighbourly relations” with Pakistan and the onus is on Islamabad to create a conducive atmosphere by taking “credible, verifiable” action to not allow any territory under its control to be used for cross terrorism.
During a debate on the annual report of the UN Security Council to the General Assembly on June 11, New Delhi said that issues between India and Pakistan should be resolved bilaterally.
In February, India and Pakistan had announced that they had agreed to a ceasefire along the Line of Control (LoC) which was followed by Indus water talks, sporting visas and other measures.
On India’s presence in Afghanistan, Qureshi said at times it feels that New Delhi’s presence in the war-torn country is perhaps “larger than it ought to be”.
“Obviously, you have sovereign relations and you have bilateral relations and you have every right to have sovereign and bilateral relations with India. You have trade with India. They come and carry out development work there, that’s completely fine with us,” Qureshi said during the interview.
His remarks come after External Affairs Minister S Jaishankar met U.S. Special Representative for Afghanistan Reconciliation Zalmay Khalilzad in Qatar’s capital Doha and discuss the peace process in Afghanistan. (AGENCY)