Youth returning home with buffalo killed by goons in Muradpur area of Rajouri. 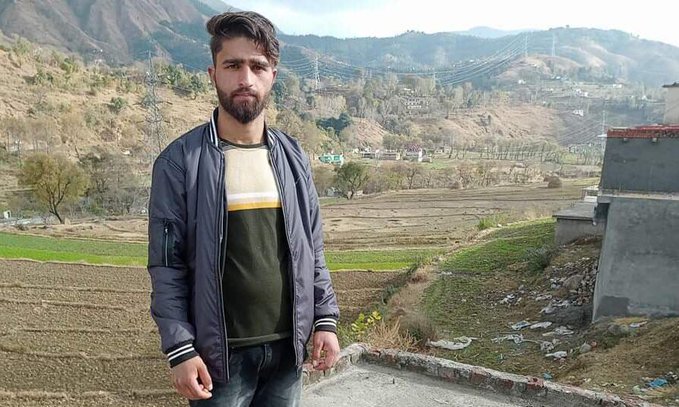 Rajouri: Tension erupted here on Tuesday after some unidentified miscreants killed a 24-year-old youth at Muradpur on the outskirts of Rajouri town in Jammu division of the Union Territory when he was on way to home in Thanamandi along with a buffalo last night.

Identified as Aijaz Dar, he was reportedly the only bread earner of a poor family comprising an old father suffering from paralysis and three daughters. Sources said that he was accompanied by two others who escaped with minor injuries.

The injured were rushed to hospital at Jammu where Aijaz succumbed to injuries.

As the news about his death reached Rajouri, people from his village turned up in large numbers in the town demanding action against the accused. They identified some of them as cow vigilantes saying that they were involved in such incidents in the past as well. Police, however, said that they have registered an FIR and identified four accused who are absconding. Special police teams have been formed to nab them at the earliest.

Congress decides to participate in all party meeting on 24th

Ceasefire so far along LoC is holding, which is a positive sign. At the same time, we’re also witnessing infiltration of weapons & ammunition, using drones. It doesn’t augur well for peace as these drugs & weapons are meant to disrupt internal peace process