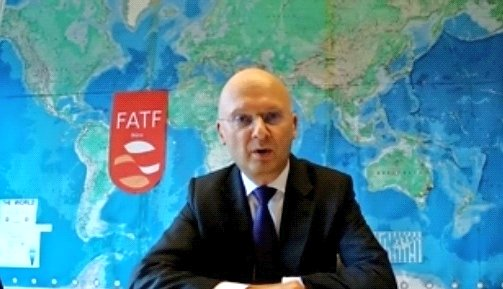 Paris: In a setback to Pakistan, the Financial Action Task Force (FATF), a global terror financing watchdog, on Friday retained the country on its “grey list”, reported a national news agency.

Continuation on the ‘grey list’ for Pakistan means that it will not get any respite in trying to access finances in the form of investments and aid from international bodies including the International Monetary Fund (IMF).

Pakistan is facing the difficult task of getting its name off from the FATF grey list. As things stand, Islamabad is finding it difficult to shield terror perpetrators and implement the FATF action plan at the same time.

It has been three years since Islamabad was put on the anti-terror financing body’s grey list.
The FATF has been holding a virtual session in Paris since June 21, which concludes today June 25. The task force reviewed the Asia Pacific Group’s report on Pakistan’s compliance with the watchdog’s prescribed action items.

Pakistan media reported that the FATF said that Islamabad will remain on the grey list. The FATF had held a session on June 23 to decide whether or not it will keep Pakistan on the grey list.
Early this month, a regional affiliate of the FATF retained Pakistan on the ”Enhanced Follow-up” list and asked the country to strengthen its implementation of anti-money laundering and combating terror financing measures.

The FATF Asia Pacific Group released a second Follow up Report (FUR) on the Mutual Evaluation of Pakistan on the compliance of 40 technical recommendations. The report said Pakistan was re-rated to “compliant” status on five counts and on 15 others to ‘largely compliant’ and on yet another count to ‘partially compliant, Dawn reported.

The FATF, in February this year, had retained Pakistan on its “grey list” till June after concluding that Islamabad failed to address its strategically important deficiencies, to fully implement the 27 point action plan that the watchdog had drawn up for Pakistan.
The global watchdog had in October last year asked Pakistan, which has been on its grey list over issues related to terror financing, to deliver on all 27 points by this February.

Early this year, Islamabad-based think tank Tabadlab revealed that Pakistan sustained a total of USD 38 billion in economic losses due to FATF’ decision to thrice place the country on its grey list since 2008. The research paper titled “Bearing the cost of global politics — the impact of FATF grey-listing on Pakistan’s economy” states that that grey-listing events spanning from 2008 to 2019, may have resulted in total GDP losses worth USD 38 billion.