In biggest ever Cocaine haul in Punjab, Jammu youth held with 5.765 kg drugs in Pathankot 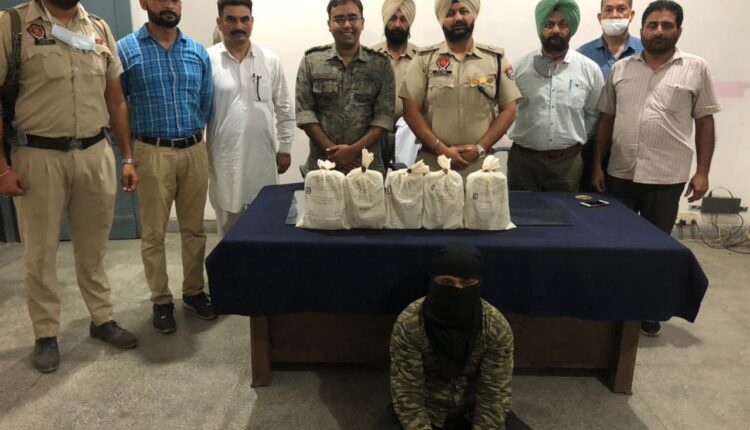 Pathankot: In what may be called as the biggest ever recovery of narcotics in neighbouring Punjab state, Punjab Police arrested a youth hailing from Jammu and Kashmir and seized from him 5.765 kg of Cocaine worth crores of rupees in the international market,near Barth Sahib in Pathankot district.

Further investigations into the matter are in progress to trace forward and backward linkages, he added.

In the ensuing gunfire, the foreign terrorist who fired from inside the house was neutralised & Abrar also got killed. Two AK-47 rifles were recovered from the site. Terrorist Abrar was involved in several killings of security forces & civilians

J&K|It (Drone attack) is a technological threat. We’ll be responding to it with technology. We had a meeting at 15 Core Headquarters regarding the same yesterday. Another drone was spotted over Dal Lake today. Police have seized it and lodged an FIR. Probe on: IGP Vijay Kumar