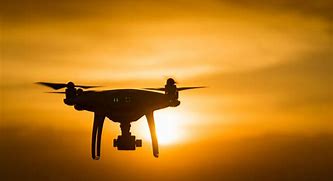 Jammu: Border Security Force personnel opened fire at a Pakistani drone during wee hours of Friday after it was spotted near their post along the international border in Jammu and Kashmir’s Jabowal village in Arnia sector.

Sources said that BSF personnel deployed at Jabopal post sighted a drone entering the Indian territory from Pakistan side. They fired around two dozen rounds making the flying machine to return to the Pakistan side.

Immediately thereafter, the BSF personnel launched an intensive search operation in areas along the border. Other security agencies and the local police also joined the searches which are in progress to rule out the possibility of air-dropping of any weapon or narcotic consignment by drone.

Since the drone early Sunday attack at IAF station in Jammu, drones are sighted at one or the other place almost daily. The security forces have been maintaining alert, while NIA investigations into the terror attack at IAF station are in progress. Police suspects Lashkar-e-Toiba to be behind the attack.

This short span bridge is fully Made in India. Its production has been done by L&T & designed by DRDO. This is another step towards Aatmanirbhar Bharat. This bridge will boost the ability of the Army: Army Chief General MM Naravane during induction of short span bridge into Army