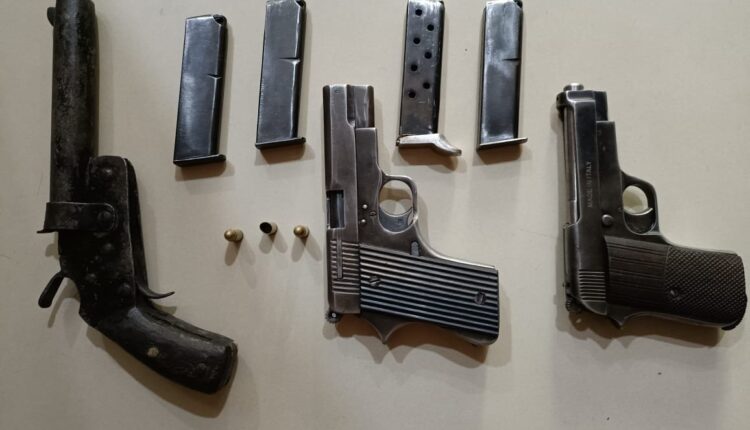 Chandigarh: Punjab Police have busted a module involved in targeted killing and arrested its four operatives including a former Indian Army sepoy.

Pointing out that the former army personnel had escaped from Patiala jail in April 2021, police said that the module had the backing of the handlers of Khalistan Liberation Force who were based abroad.

The police have also recovered two .32 bore pistols along with four magazines and ammunition from the arrested accused, besides a car bearing fake registration number. They had snatched the car from someone at gunpoint from Zirakpur last month.