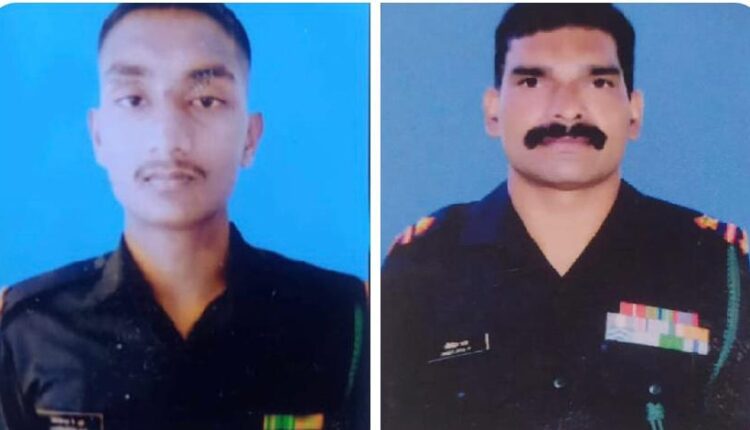 JCO among two soldiers martyred during fire fight; searches in progress in the area

Jammu: Two foreign terrorists and an equal number of soldiers including a Junior Commissioned Officer were killed on Thursday during an encounter in Jammu and Kashmir’s Daddal village in Sunderbani sector of Rajouri district.

Sources said that the encounter followed as security forces established contact with a freshly infiltrated group of militants hiding in the area. The deceased soldiers have been identified as Naib Subedar Sreejith M and Sepoy Maruprolu Jaswanth Reddy.

The Army had launched extensive search operations since June 29. A soldier was injured as terrorists had opened fire on them.

An Army PRO Lt Colonel Devender Anand said that following fresh information about the presence of militants on Wednesday, a search and destroy patrol seeking pro active engagement with the terrorists was launched and it spotted them in Dadal forest area. The terrorists, on being challenged, opened fire and lobbed hand grenades. The troops retaliated leading to a fierce encounter in which two foreign terrorists from Pakistan have been killed. Two AK-47 Rifles and ammunition in heavy quantity has been recovered from the terrorists.

During the encounter, two soldiers also got killed. Searches were in progress in the area.

On a specific information a CASO was launched today at Ganai Mohalla Doabgah Sopore by Sopore Police, 22 RR & 179 CRPF at about 1530 HRS. During CASO a terrorist Hideout belonging to banned terrorist organization HM was busted in the basement of a single story house: J&K Police