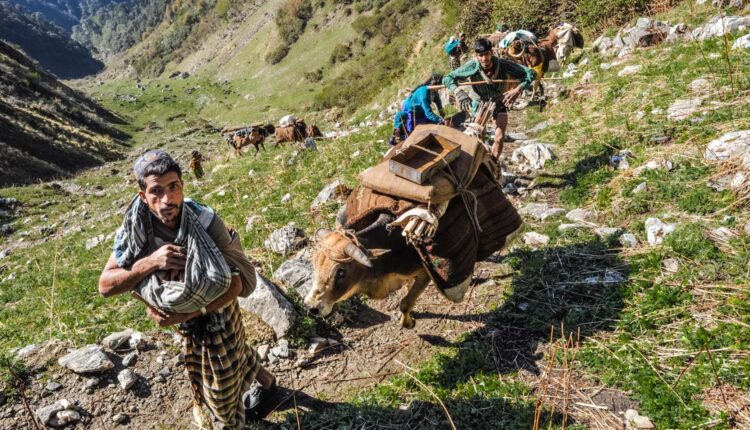 Jammu: Gujjar intellectual,  writers of 12 states /UTs including the UT of Jammu and Kashmir today pledged  to work together to  for recognition of Gojri at the National level. In a national webinar organized by ‘Gurjar Samrat Mehar Bhoj Trust, Utter Pradesh’ , the Gujjar community members discussed the issues related to  “ Gujjar Society and Politics accords India’ on virtual mood and decided to push the case for the inclusion of Gojri- their mother tongue in the list of official languages of India.

Noted Tribal Researcher Dr. Javaid Rahi represented Gujjars of  Jammu and Kashmir in the said event. In his address, he made an extensive appeal to Gujjars of India to enter Gojri as their Mother tongue in all the records. He suggested to famulated a committee of  Gujjar community MPs , senior writers, poets and intellectuals which will work for the recognition of Gojri at the National level as it is a main component of Gujjar identity and culture. He said that  Gojri is the oldest and significant language of India and undoubtedly deserves recognition at the National level g. He said Gujjars, the main speakers of Gojri, mainly live in 12 states of North-Western India, listed as Scheduled Tribes  in J&K and Himachal Pradesh some areas of Gujarat and  OBC in 10 other states.

He also  stated that Jammu and Kashmir Govt has thrice recommended Gojri for inclusion of Gojri in India Constitution by Former  Governor NN Vohra ,  two Chief Ministers of the erstwhile state.

He said Gojri fulfills almost all the criteria being fixed by Language Department of Ministry of Home Affairs Govt of India  for inclusion of a language in the official languages list. He said that Gojri is a very rich language in terms of literature, folk-lore, History and  linguistically  as hundreds of books are available in Gojri across India.

He said at present, there are demands for the inclusion of 38 more languages in the Eighth Schedule to the Constitution and Gojri is also figures in wait list.

#Encounter has started at Check Sadiq Khan area of #Shopian. Police and security forces are on the job.