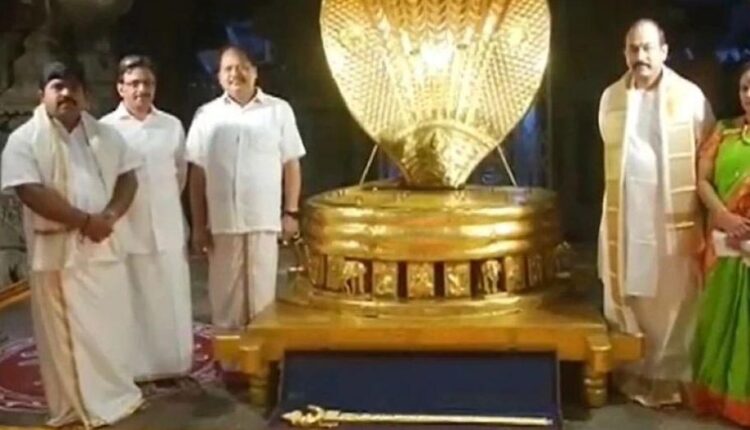 TIRUPATI: A sword weighing about 5 kg was on Monday offered to Lord Venkateswara at the shrine in Tirumala Hills near here by a devotee from Hyderabad, an official of the temple said.
The devotee, who is a businessman, offered worship to the Lord and presented the sword called’Suryakataari’ that is a combat weapon, said the official.

Additional Executive Officer of Tirumala-Tirupati Devasthanom A Venkata Dharma Reddy received the sword at the shrine, the official said.
The sword was made with two kg of gold and three kg of silver and costs Rs one crore, he quoted the devotee as saying. (Agency)

An NH 90 helicopter of French Navy during Maritime Partnership Exercise with Indian Navy Ship (INS) Tabar held on July 15 & 16 in Bay of Biscay.